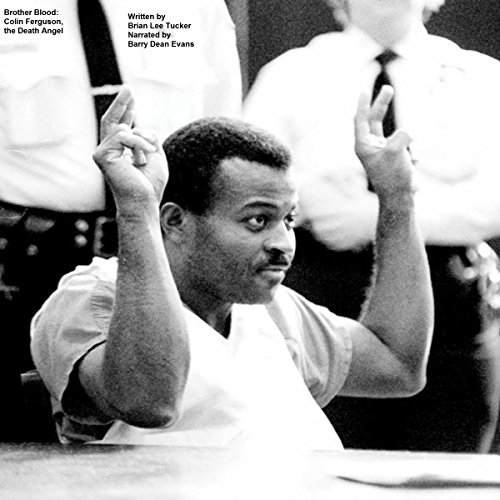 Brother Blood lives in a place where shadows come out after the sun goes down, and they don't come out to play. There are old folks in his building that draw social security checks that eat dog food and winos mark their territory like dogs, pissing in the stairwells. A scream from that building is routinely dismissed as anxiety. And a majority of the folks that lived there were white. As Brother Blood sat at his window looking down on the streets below, he couldn't help but wonder, is there any justice? Righteous, glamorous, proper justice. Is it about vengeance? Righteous vengeance? Or is about just about...righting the wrongs? Who's to say? Brother Blood, that's who. In this world of chaos, maybe he can create a small circle of peace, if only for a moment. But to do that he will need big guns. On December 7, 1993, Colin Ferguson decided to ignite his own race war and started firing at white people on the Long Island Commuter Train. His rampage left six dead and several injured. Colin defended himself at his trial claiming that he was the victim of a racist conspiracy.