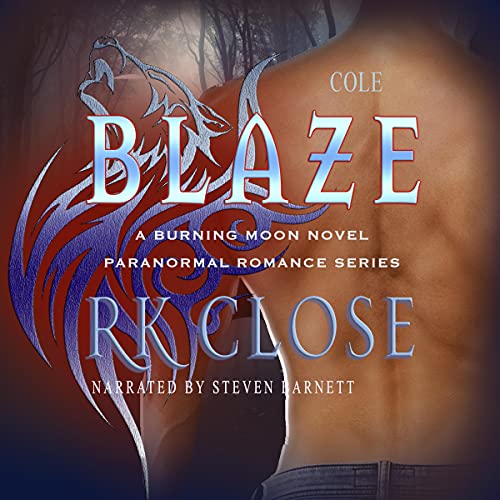 His witch is running from a dark past. He'd hunt and destroy all of her monsters, if she'd only trust him.

Cole, the youngest of the McKenzie shifters, longs to be closer to a beautiful redhead named Zoey, but she keeps him at a distance. Cole knows there’s something between them. He’s certain of the chemistry, but can he convince her to trust him?

Zoey has reasons for staying away from everyone - its safer for them. She didn’t move to Flagstaff for the great weather or the outdoor sports. She’s on the run from a psychotic ex-boyfriend, who took a walk on the dark side and never returned - until now.

She knows Cole wants to help, even if he doesn’t understand the danger, but Zoey won’t risk Cole or any of her new friends getting hurt. Does she have what it takes to stand and fight, or is running away the only option to protect Cole and the others?

When Zoey’s enemy discovers her latest hiding spot, will the tentative relationship they both crave be strong enough to survive, or is the right choice the most difficult to make for Zoey - leave before she’s responsible for any more deaths.

Listen to the latest novel in the Burning Moon Series tonight!

What listeners say about Blaze