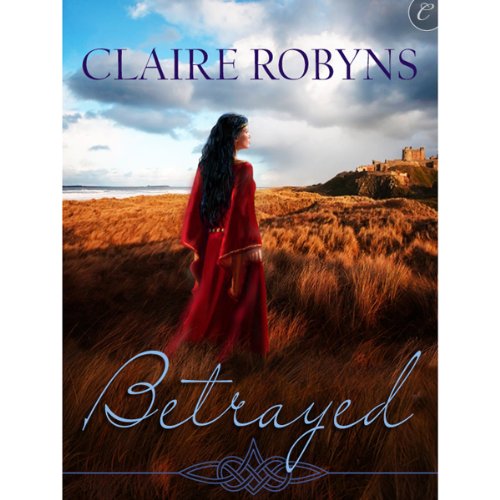 By: Claire Robyns
Narrated by: Genevieve Bevier
Length: 11 hrs and 13 mins
Categories: Romance, Historical
4 out of 5 stars 3.8 (53 ratings)
This title is included in Audible Escape

Two Feuding Families
Amber Jardin has no taste for the bitter feud started before her father’s banishment. But now that he’s passed, she’s had to return to Scotland and his barbaric people. After her bloodthirsty uncle kidnaps one of the family’s rivals, Amber is in turn captured by Krayne Johnstone, the enemy laird. Despite their enmity, their attraction is immediate, and unfortunate, as Amber has sworn to escape.

One Lusty Temptation
Krayne is amazed at the wildcat’s repeated attempts to flee. He should steel himself against her beguiling ways, yet with time, he is driven more witless with lust. When the ransom exchange fails and Krayne is left with Amber, he finds he cannot tolerate the thought of her with another man, and she cannot tolerate the thought of returning to her uncle’s home.

Will passion and love win out over mistrust and betrayal in time to prevent an all-out war?

A basically good story line, but the heroine was so stubborn and distrustful that it began to try my patience. Aside from that, I enjoyed the quick wit and depth of feeling of the other characters. The narration was also very good. I will look forward to the sequel.

This book could have been so much more. It had lots of good ideas and solid story line but it just fell flat. This is usually the type of romance I love but I could not get emotionally captured by the main characters no matter how hard I tried. There was just no connection. When I read/listen to a book I want to be drawn in and feel the emotions; love, hate, fear, desperation of the main characters. So... good story line but no connection…

There were so many points in this book that I literally wanted to yell, "REALLY?!" The plot was so ludacris and tangled that I didn't want to follow it. Some things aren't explained at all, and although you know why each character is doing what they're doing, no one in the freaking book communicates.

I enjoyed the interplay , laughed alot .Will look for new ones when they come out.