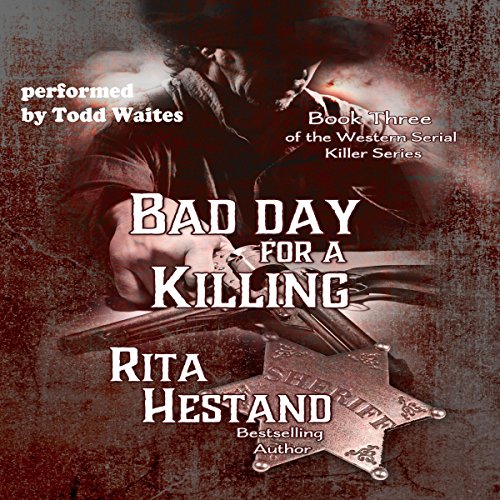 Bad Day for a Killing

By: Rita Hestand
Narrated by: Todd Waites
Try for $0.00

Rusty Peters moved to Hard Tack and became their sheriff, leaving his medical career and wife behind in Melville. Elmer Martin was looking for a new chance at life. He'd done some dastardly things and he wanted to change. So he became John Conroy to the citizens of Hard Tack. John prospered in Hard Tack, becoming the local butcher for the cafe. He met and fell in love with a rancher's daughter, Penelope Carver. Things were definitely looking up for John. That is, until his partner was murdered and John found out who did it. He had to keep his mouth shut if he wanted to continue with his good life. If that weren't enough, he got word that his sister was in big trouble because of the crimes he'd committed in Melville. He had to straighten things out for her. She didn't deserve the trouble she had. But would he be in time? All he ever wanted was to find a good life and live it. He'd found it, but keeping it proved more difficult by the moment. Could a man who had murdered turn his life around? Could he be the man he knew deep down he wanted to be? Or would the past catch up to him and destroy him?

What listeners say about Bad Day for a Killing