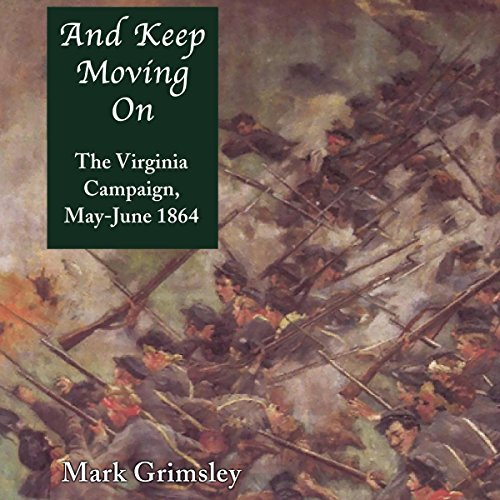 And Keep Moving On

By: Mark Grimsley
Narrated by: Michael Piotrasch
Try for $0.00

And Keep Moving On is the first book to see the Virginia campaign of spring 1864 as Ulysses S. Grant and Robert E. Lee saw it: a single, massive operation stretching hundreds of miles. The story of the campaign is also the story of the demise of two great armies. The scale of casualties and human suffering that the campaign inflicted makes it unique in US history. Mark Grimsley's study, however, is not just another battle book. Grimsley places the campaign in the political context of the 1864 presidential election; appraises the motivation of soldiers; appreciates the impact of the North's sea power advantage; questions conventional interpretations; and examines the interconnections among the major battles, subsidiary offensives, and raids.

"Engagingly written, thoroughly researched, and thought provoking, Grimsley's And Keep Moving On is the best single-volume history of the Overland Campaign yet published." (Gordon Rhea)
"High quality of research, analysis, and storytelling.... An excellent synthesis of a sprawling military operation that extended well beyond the lines of Grant and Lee." ( The Journal of Southern History)

What listeners say about And Keep Moving On

Outstanding overview of the Overland Campaign

By far the best single volume written on its subject. Fair and evenhanded. Highly recommend.