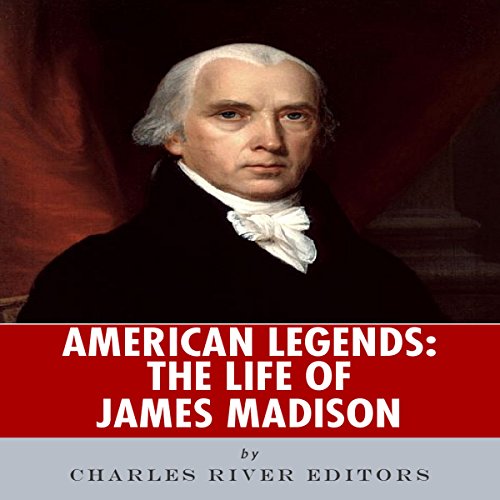 By: Charles River Editors
Narrated by: David Zarbock
Free with a 30-day trial

The Founding Fathers have become so revered by Americans in the last 200 years that the "Father of the Constitution" himself is often overlooked among the rest of the pantheon. Today, James Madison's legacy mostly pales in comparison to the likes of George Washington, Ben Franklin and his closest colleague, Thomas Jefferson, but Madison's list of important accomplishments is monumental. A lifelong statesman, Madison was the youngest delegate at the Continental Congress from 1780-83, and at 36 he was one of the youngest men who headed to Philadelphia for the Constitutional Convention in 1787. Despite his age, he was the Convention's most influential thinker, and the man most responsible for the final draft of the US Constitution. Along with Alexander Hamilton and John Jay, Madison was one of the most persuasive advocates for ratifying the Constitution, authoring some of the most famous Federalist Papers, and he drafted the Bill of Rights that was later added to the Constitution. But his work was far from done; along with Thomas Jefferson, Madison was one of the founders and ideological cornerstones of the Democratic-Republican Party that guided the young nation in the first 30 years of the 19th century. That included his own presidency, in which he oversaw the War of 1812.

Like the other Founding Fathers, Madison is better known in word and deed than as an actual person. American Legends: The Life of James Madison covers Madison's incredible accomplishments but it also humanizes the classic thinker who idolized Thomas Jefferson and had a loving relationship with wife Dolley, who helped mold the position of First Lady as debutante.

What listeners say about American Legends