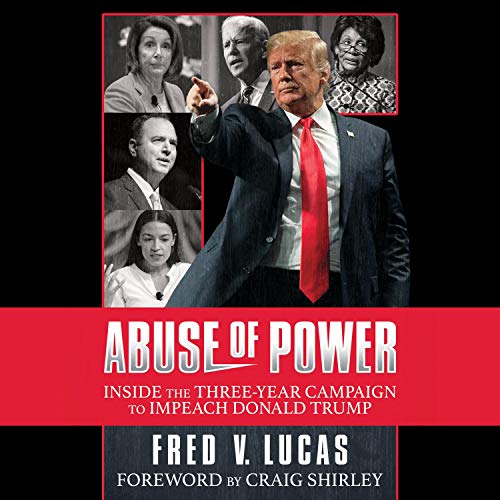 Trump's enemies set out to remove him from office even before his inauguration - which culminated in an election-year impeachment trial.

Abuse of Power exposes: how Elizabeth Warren tried to set an impeachment trap for Trump even before the inauguration; why the depths of the Biden family's international conflict of interests are worthy of a federal investigation; why Nancy Pelosi caved to The Squad to remain in a leadership position; how Adam Schiff pushed Jerry Nadler out of the key spot to lead the impeachment; how Democrats abandoned what would have been a crowning left-wing achievement in gun-control legislation in order to pursue an impeachment that was destined to fail in the Senate; and how Mitt Romney's vote to convict likely prevented three moderate Democrats from rebelling against party leaders.

What listeners say about Abuse of Power

I’m not a Trump supporter or fan and I didn’t think that the story matches what actually happened! This is a very lopsided view of the actual occurrences of the Trump Administration’s actual policies! Doesn’t mention anything good about the Democrats trying to reign in Trumps disregard for all normal procedures and policies that every Administration followed! Very sad to see us have to procure laws for something that has been a norm for the Presidency!

Americans are letting the greatest system in the world be twisted and reinterpreted by fools.