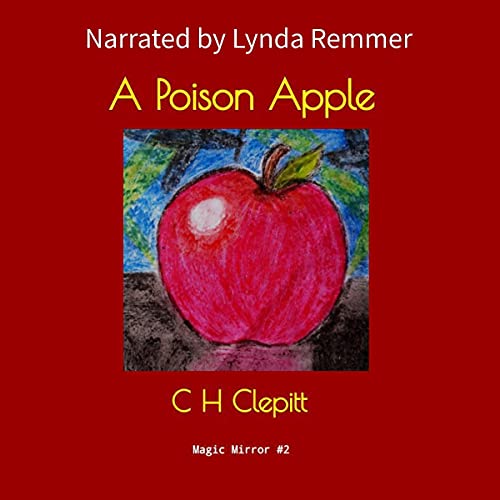 Europe is at war, and when Christa is persuaded by the glamorous and mysterious Lady Prince to blow up the Nazi lab where she works, she is forced to flee to Britain. However, Christa is pursued by the jealous and vindictive Doctor Weiss, who remains determined to eliminate anyone who may challenge her mantle as the best scientist.

Can Lady Prince save her from her fate so they can have their happily ever after?

What listeners say about A Poison Apple

This is a great retelling of Snow White set during WWll. A spy named Margaret recruits a scientist who is being chased by a mad scientist with a magic mirror. I loved this story and hope for more to come in the series. This was the first time I heard this narrator and she was very good.

I have loved all of Ch Clepitt books so was looking forward to listening to this one and I was not disappointed. as with her take on sleeping beauty in the previous book in the series, this one is a brilliant retelling of snow white with a lesbian twist and brought into the 20th century. the book follows a scientist who has a magic mirror and is extremely jealous of one of her colleagues as they are cleverer than she is. the other woman, Christa is forced to flee Germany and ends up in the Welsh valleys with a new identity. it doesn't take long for Dr Weiss, the evil scientist to track her down and try and kill her.

the narrator was spot one with most of the accents, although the male Welsh was a bit hit and miss. this didn't detract from the story though and overall a great book well narrated.