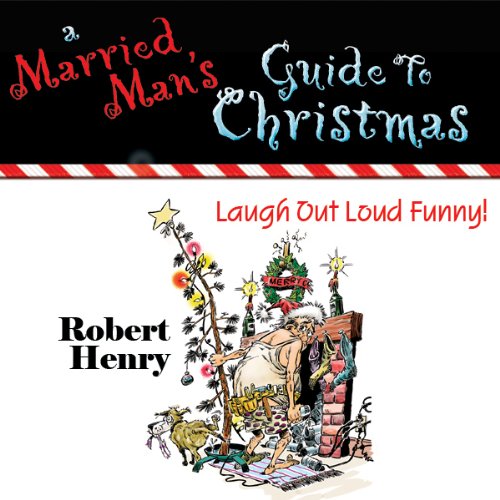 A Married Man's Guide to Christmas

In the great tradition of guy-humor everywhere, here comes humorist Robert Henry’s growling, good-hearted rant about holiday madness, A Married Man's Guide to Christmas. Henry reveals the truth about Christmas through the eyes of a typical married man. “Remember, it’s not how you celebrate the joyous season. It’s whether you are still alive, married, sleeping indoors, with a healthy prostate, and without a rap sheet on January 4th that counts.”

Husbands will laugh out loud. Dads will slap their knees and keel over (have CPR ready). Wives, daughters, sisters, mothers, aunts, female co-workers, and sales clerks, who dread seeing men mumble and mutter their way through the Christmas section at Big Box Discout Warehouse, will nod in recognition at the syndrome best described as “Can I survive until New Year's?”

A Married Man’s Guide to Christmas is a must for every guy who wants the women in his life to understand why he’d rather buy them gift certificates than brave the treacherous online world of lingerie catalogs. Why have just a joyous season, when you can have a Christmas filled with laughs that don’t include finding pictures of Uncle Herbert in a teddy?

Irreverent, honest, and biodegradable, Robert Henry has here captured the essence of the holiday season for all men. So grab it today for all the beleaguered males on your Xmas list and all the long-suffering females who just want the lights strung on the front porch by Christmas Eve, the honey-do list completed before Aunt Sookie arrives with her flatulent Pekinese, and that expensive bottle of Scotch left mostly full until the tinsel is hung, the presents are wrapped, and the home owner’s association has accepted your apology for spelling out a less-than-jolly greeting in solar-powered candy canes on your front lawn.

What listeners say about A Married Man's Guide to Christmas

A Married Man's Guide to Christmas was a great disappointment. I was hoping for a thoughtful and humorous treatment of the very different way men and women view and participate in the Christmas holiday. This isn't it. The humor is cliched and forced, and there is no real insight into the Christmas challenges we face as men and husbands. I may have groaned out loud but the book delivered no laughs. The author stumbled on words regularly in the narration adding to the general feeling of slow torture listening to the book. Save your money.