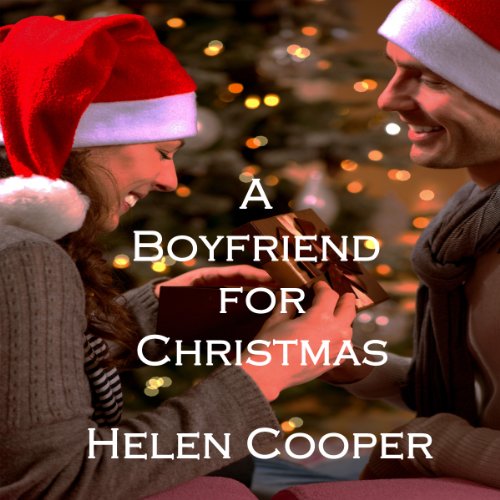 A Boyfriend For Christmas

By: Helen Cooper
Narrated by: Leyna Baltimore
Try for $0.00

Brynn just wants her luck to change. She wants to find a job, get a boyfriend and have her best friend move out. She and her best friend Barb make a wish that they will get boyfriends for Christmas.

Just when she thinks her luck is changing she gets into a car accident with her sister's ex-boyfriend Daz.

Daz was her high school crush and a jerk and Brynn is annoyed at herself for feeling butterflies as they argue. She decides to put him out of her mind and focus on a relationship with her new boss Doug.

Only things never seem to go as planned for Brynn. She has a crazy encounter at the holiday party that threatens to ruin her friendship with Barb. Add to that craziness her sister shows up looking like a stripper and Barb's kids are about to puke from too much cake.

Brynn's not sure what's going to happen next but she may just get her Christmas wish after-all.

"A Boyfriend For Christmas" is a short story. It is funny and romantic but also contains some sexually explicit language.

What listeners say about A Boyfriend For Christmas

This book was alright I suppose. It wasn't my favorite, but it wasn't my least favorite. The conversations between Brynn and Barb (and most all of Brynn's conversations with Lucky and Doug) seemed too forced or scripted, not natural. The sexual content was mostly relegated to the one sex scene in the story. The fact that she just ran up there and let an unknown man have sex with her was a little odd, and concerning. In general, I don't feel like Brynn was developed enough to truly know her character and what would be normal for her or out of character. In the end, though, Brynn and Barb both get their Christmas boyfriends. Whether those relationships are a lasting love connections, though, is unknown.

Layna Baltimore did okay in her narration. The voices weren't always entirely distinct.

This audiobook is a short story about a Christmas party for the office. It has family, friends, and coworkers. Of course it wouldn’t be an office party without a twist of naughtiness.

Writing is so repetitive

This book was irritating because the wording was so repetitive. I wouldn't buy another by this author.