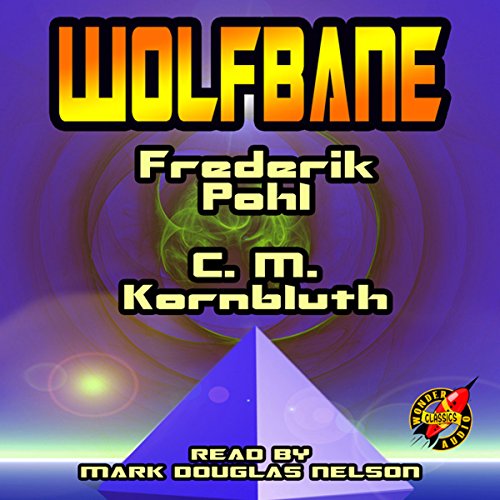 The Earth has forcibly been taken from its orbit. It began with an extra-terrestrial pyramid on top of Mt. Everest. And then a "runaway planet" took the Earth as its binary. And now harsh generations have passed since the inhabitants last saw the light of their sun, Sol.

Society has grown rigid. The meek lambs have inherited the Earth, even if it's a very poor Earth, indeed. It's a hard world for all. But Glenn Tropile is no lamb, and if his citizens finds out he's a wolf, it will be the wolf that goes to slaughter.

What listeners say about Wolfbane