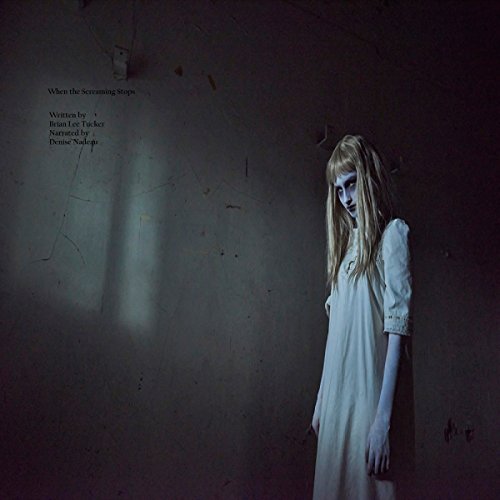 When the Screaming Stops

When the Screaming Stops

Her story was like so many other's; a small-town girl buys a bus ticket to the big city to become a famous movie star.

And her nightmare didn't end until the screaming stopped.

Based on a true story, When the Screaming Stops is a mind-bending, in-your-face glimpse into the world of indie filmmaking and one woman's determination to conquer her own personal demons no matter what the cost.

Interesting look into the life of a Scream Queen

Interesting story about a young woman who pursues a career as a horror movie actress and screenwriter. I liked the story the characters were genuine even though I grew a bit unfavorable of the heroine as she rose to fame and her attitude changed. This still worked because it made her character human and with flaws. I thoroughly enjoyed the narration it was very well done and made you feel Jan's character personally. The one thing i struggled with in the story was how Jan was so strong one minute and then voiceless in other parts it was bit confusing. Overall it was a unique storyline and I enjoyed listening to this one. This book was reviewed honestly in exchange for a free copy.

I did not find this book interesting

I found myself drifting while listening to this book. It didn't pull me in or keep me interested in listening. I didn't even get all the way through because I got bored with it.

What was most disappointing about Brian Lee Tucker’s story?

I didn't find the story as interesting as I expected and the characters weren't appealing to me either.

Have you listened to any of Denise Nadeau’s other performances before? How does this one compare?

I thought Denise did a great job narrating this. Even though I didn't care for the book, I had no problem at all with the narrator.

I was voluntarily provided this free review copy audiobook by the
author, narrator, or publisher.

Maybe it was the topic, but it never pulled me in.

I'll admit right up front that I am not a fan of horror movies, but I typically enjoy memoirs and gave this book a listen as it was provided as a free review copy audiobook by the author, narrator, or publisher.

Let me start off by stating that, even though it was Denise Nadeau's first narration for Audible, I thought she did a great job; an easy voice to listen to and handle the different character voices with seamless transitions. In fact, I increased the "Overall" rating by a full star based upon the narration because I am not sure I would have finished the listen, otherwise.

Although I enjoy biographies and memoirs, this particular one never really held my interest. Other than the ins and outs of those struggling and being exploited in an effort to "make it" in the edgy film industry (maybe not different from the entire industry), this story really did not have much substance to it. One gets a brief background of the abusive upbringing that likely pushed the lead character in some of the paths she chose, I never felt any emotional connection being made as it was just told in a "matter of fact" approach that did not draw out the pain likely experienced.

The bottom line for me is that neither the story-line nor the characters were fully developed and thus did not draw me in. I found myself just sort of coasting through the listen; to the point of "Audible hopes you have . . ." was playing in my ear before I realized the book had ended.

I would not say this is a poorly written book as those with a greater interest in the behind the scenes works of the film industry may get a lot more out of it. I think the problem I had was I was expecting the story to be more about the characters than the industry . . . maybe I just missed it . . .

Thanks, and I hope some find this review helpful in making their listening choices.

Would you listen to When the Screaming Stops again? Why?

Narration was good but the story didn't glue me in. It has its good moments. Overall, it was alright.

give it a try

I was gifted this audio ARC from the author for a honest and unbiased review
Interesting story about a young woman who pursues a career as a horror movie actress and screenwriter.
I liked the book good enough but Jan's character was very wishy-washy, she's strong one minute then voiceless the next. I thoroughly enjoyed the narration that Denise Nadeau did, it was very well done and made you feel Jan's character personally.
Overall it was a unique storyline and I enjoyed listening to When the Screaming Stops by Brian Lee Tucker

When the Screaming Stops by BrianLee Tucker was a good read. A small town girl goes to the big city to become a movie star. Things didn't go the way she expected. I enjoyed reading this true story.