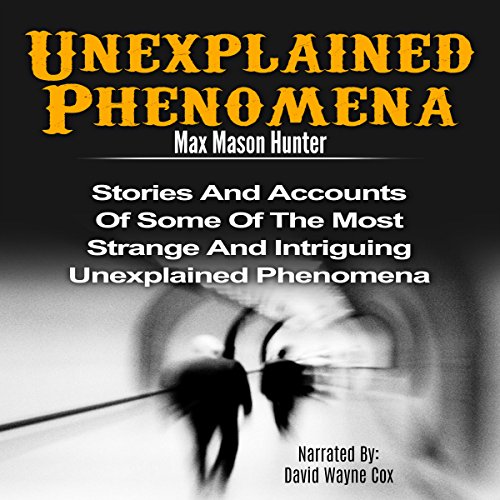 There are things that occur in this world and have happened right through the whole of the human experience - for which there has never been a rational explanation.

Remember, explanations are just temporary, going on and off in response to fads and fashions. However, the happenings they are supposed to explain, carry on as mysteriously as ever.

Yet, mysterious phenomena are also to a certain extent influenced by imagination. For instance, clusters of living toads and hibernating swallows impressed into rocks, regularly recorded by naturalists, seem to have died out. Mariners, these days, hardly ever witness sea monsters and giant octopuses.

Rings of dancing fairies, once a common folklore belief, are now rare. To make up for these temporary losses, other kinds of weird and unexplained phenomena have come up in this modern age - UFO sightings, mutilations of cattle and horses; the phenomenon of crop circles etc.

Having said that, the standard mysteries, those which have perplexed humanity from the very beginning, continue to do so. Strange creatures and things fall, at times slowly, from rather unknown sources; people walk over glowing trenches of hot coals, encounter monsters in mountains and lakes, are subject to strange coincidences, so on and so forth.

You hear about such things in legends, folklore and myths, and there is a good chance you can find out about their continuations in modern journals and newspapers. In this book, I aim to connect all dots - establish links between various kinds of mysteries and wonders described in it.