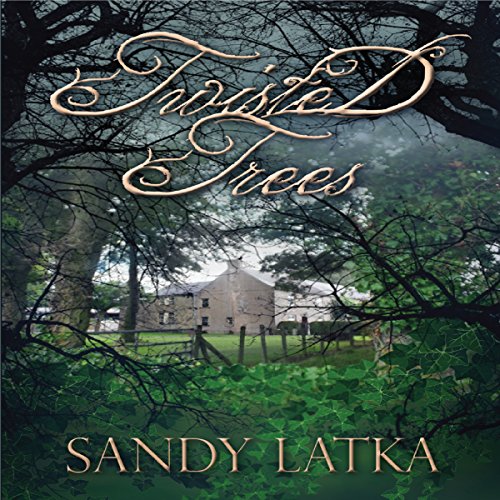 A family saga spanning three generations, beginning in 1861, and ending in 1934. The story takes place in Derbyshire, England, and follows the lives of the Freeman and Lambert families.

Their lives were forever changed when a widow with seven children, married a widower with seven children. Three step sibling marriages are arranged to benefit from a dowry that was doubled by their filial unions. The way in which their lives intertwine is the grist for Twisted Trees.

It is a story of one man's ambition to rise above the oppressive class system, where men were judged by their heritage and not their ability; where women often endured loveless marriages rather than face the stigma of divorce.

Above all, it is Polly's story. A woman of great courage, who had the nerve to escape a cruel, loveless marriage, and fight for her children. Her love of family and family values have left a legacy that is still carried on today by her great-great-great grandchildren.

Would you listen to Twisted Trees again? Why?

Twisted Trees by Sandy Latka is one of those books I could listen to again and again. In fact I have and each time I enjoy it just as much is the first time I listened to it. The reason I keep coming back for more is because all of the characters are so well-written, they feel like people I known or could've known. Everything in this book is so beautifully and richly described that you feel as though you are there.The story itself is so heart warming beautiful sad suspenseful and intriguing that you are instantly made part of their world. The writing style used by this extremely talented author makes you feel as though you are in the story, seeing what the characters see, feeling with they feel and experiencing what they experience. You won't be able to only listen to this book once!

What was one of the most memorable moments of Twisted Trees?

This book is about Love, Life and Family. Journeying through the years of happiness sadness deception joy hardship love pain failure and triumph. There are many memorable moments in this book but I'm not going to share them with you because you need to listen to this book! I hope you enjoy unravelling the twisted tree as much as I did. All I can say is this book will keep you guessing until the very end and will leave you wanting more.

What I really enjoyed is that Sandy Latka it's not only the narrator of the story that she is the author of it as well. Because she is this books author he has a connection to the story and its characters that no one else could match. I really love it when the author of a book narrates their own story. Sandy gave a wonderful performance that was truly enjoyable to listen to. I believe she would make a fantastic narrator for any book but you can really sense her love and connection to this story. I also really loved Sandy's beautiful English accent. It suited this book so well. I hope she narrates any future books she writes.

Every family tree is twisted, some twists are just very well hidden.

Twisted Trees by Sandy Latka is without a doubt one of my most favourite books ever! I encourage all of you read this to give it a listen and discover what makes this book truly special. I guarantee you once you start you won't be able to stop!

Would you listen to Twisted Trees again? Why?

Yes I would listen to Twisted Trees again because with so much story I might have missed the old thing and would love to hear it again.

That it was a true story and just flowed along so well you just had to find out what was going to happen next.

Which character – as performed by Sandy Latka – was your favorite?

The authors grandmother was my favorite

The book was well written, reading was professional and kept my interest throughout.