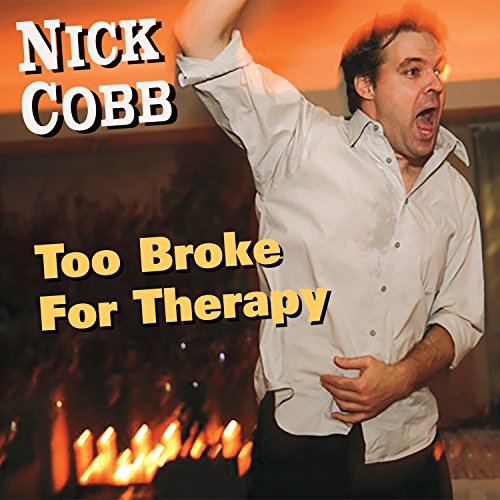 Too Broke for Therapy

Originally from Memphis, TN, Nick Cobb had an obsession with meaningless nonsense that set the stage for him to embark on a whirlwind comedy career. While studying psychology at Indiana University, Cobb took on a job at the aptly named comedy club The Looney Bin. However, it wasn't until he won his first stand-up competition at a random Beale Street bar that he was bitten by the comedy bug and jumped at the chance to make the move to New York to chase his dream.

While in New York, Cobb was featured on Comedy Central's Live at Gotham, VH1's Morning Buzz, MTV's FN MTV, AXS' Gotham Comedy Live, and AMC's Date Night. As a semifinalist on NBC's Last Comic Standing, Cobb was featured in a montage of comics recognized for having highly original material.

Touching on everything from the world's small daily annoyances to grander feelings about one's ever-changing position in life, Cobb lulls his audience into his routine like a friend telling a casual story over beer and card games, only friendlier, funnier, and with no inhibitions. Now living in Los Angeles, Nick had his late-night debut on The Late Late Show with Craig Ferguson, recently costarred in an episode of Inside Amy Schumer, starred in Funny or Die's three-part series Disney Couple's Therapy, and won the March Madness Competition at the Hollywood Improv. He also played the lead in a comedic web series for ESPN.com called Team Players and has been featured in commercials for Intel, CarMax, and Pepsi Max as well as an e*Trade spot during halftime of the Super Bowl.

Influenced by fellow comedians Brian Regan, Jessica Kirson, Bill Burr, and Maria Bamford, Cobb continues to make strides in his career. When not performing stand-up, Nick is brooding over that one guy in the crowd who was texting during his act.

What listeners say about Too Broke for Therapy