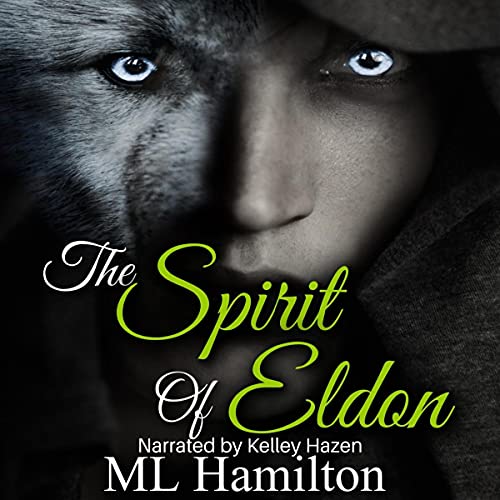 The Spirit of Eldon

One fateful mistake changed the course of Talar’s life. It cost him his mother, his sight, and his freedom. He swore never to return to Loden, but Shara changed that. Now he finds himself entangled in the very existence he fled from, hounded by the Nazarien, stalked by Erram, and trapped by the Lord of Loden.

More pressing is his struggle with his own demons. He can no longer control his power and no one seems able to help him...except perhaps the Stravad. Wanting to save his marriage and himself, he pleads with Shara to go with him to Temeron, but Erram is waiting.

Once he swore he would never become a pawn in his father’s history, but prophecies are not meant to be ignored. Talar knows he will eventually have to face what he fears most, but does he have the strength his father lacked or will the battle destroy him?

Continue the adventure with the fourth installment in the World of Samar series.

What listeners say about The Spirit of Eldon

The Spirit of Eldon (World of Samar #4) was another great read by M.L. Hamilton. Talar’s life was changed my one fateful mistake. He said that he would never return to Loden, but Shara has changed his mind on that. He finds himself hounded by the Nazarien, stalked by Erram, and trapped by the Lord of Loden. But worse than that he is struggling with his own demons. He can’t control his power and there is no one that is able to help him, except the Stravad. He wants to save himself and his marriage and asks Shara to go to Temeron with him. I really enjoyed reading this book and cant wait to read more by the author. I love the life that Kelley Hazen brings to the characters.

I was voluntarily provided this free review copy audiobook by the narrator and found it to be my favourite of the series so far. Talar and Shara are pulled away from the life they wanted by fate once again. Talar needs to control his power so he travels with Shara and friends to Temeron to learn what he needs. Erram is waiting. The trip is more eventful then they had hoped, and the time in Temeron sets Talar off to face his fate. This series has something for everyone, suspense, drama, mystery, humour and a touch of romance. This combination of author and narrator creates pure enjoyment. Looking forward to next book.

Talar is facing demons from his past, present, and future as he tries to control his ever-growing power. Feeling alone, Talar struggles not only with his power but the prophecy that will ultimately free him yet cost him dearly. The listeners are given a deep insight into Talar’s life; the choices he made as well as his deepest fear. This is a book that captures the attention and imagination of the listener while also satisfying some background wants.

M.L. Hamilton has once again written a fascinating book to the series. We as listeners are given a greater insight into the characters and their desires, and their past. This book furthers the story of Talar and the World of Samar. Hamilton picks up where the last book ended and keeps the World of Samar flowing smoothly. Her character development is strong; and the non-stop action is peppered with real-life situations (i.e., romance, fears, doubts, etc.).

The narrator, the delightful and talented Kelley Hazen once again gives an impressive and masterful performance. The depth and magnitude of the unique voices and accents is monumental. I could listen to Hazen for hours on end. She delivers a captivatingly intense narration where emotion and action are projected appropriately. In my humble opinion, this series is great but with Hazen’s talent, it is awesome!

Overall, this is a book (and series) that if one loves epic fantasy and adventure this is the series and book for you! I am eagerly awaiting the next in the series!

The Audiobook Reviewer’s Choice Award is a prestigious award presented to the author of the book whose story is believed to deserve higher than the standard 5 Star Rating. This is one of those rare books!

Disclaimer: The audiobook was provided free of charge by the author, narrator, and/or publisher in exchange for a non-bias, honest review.

Kelley Hazen narration is perfect for this book. She brings life and character to the characters of this book.


Talar finds himself is facing demons from his past, present. Talar struggles not only with his power but the prophecy that will ultimately free him yet cost him dearly.
Talar’s said that he would never return to Loden, but Shara has changed his mind .

This series has something for everyone, suspense, drama, mystery, humour romance.

This is a great series and another awesome book. I highly recommend this book. Great characters and brilliant storyline.
Kelly Hazen is an awesome narrator.
❤️😻🤩🥳💖