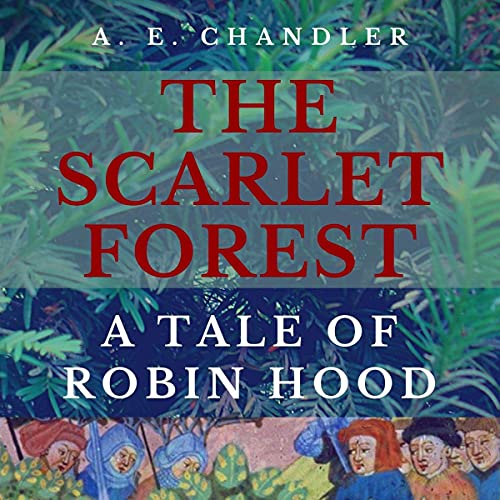 You are invited underneath the great greenwood tree to hear how a young man became a hero, and a hero became a legend.

When Robin takes a shortcut through Sherwood Forest, the path he chooses leads not to Nottingham’s archery contest, but to a life on the run from the law. Unable now to become a knight and joined by his childhood friends, Robin Hood leads the most infamous outlaw band ever to evade the king and his sheriff.

Blending true history with new stories, popular inaccuracies, and some almost forgotten medieval legends, The Scarlet Forest: A Tale of Robin Hood brings a new life to the greenwood, which here feels as fresh as it does traditional. With an academic background in medieval English studies, A. E. Chandler captivates with this unique and nuanced reinterpretation of Robin Hood’s struggles and adventures.

The forest is waiting. This expanded second edition contains bonus material, including a translation of one of only five surviving medieval Robin Hood "ballads", two medieval recipes, and a historical note.

What listeners say about The Scarlet Forest