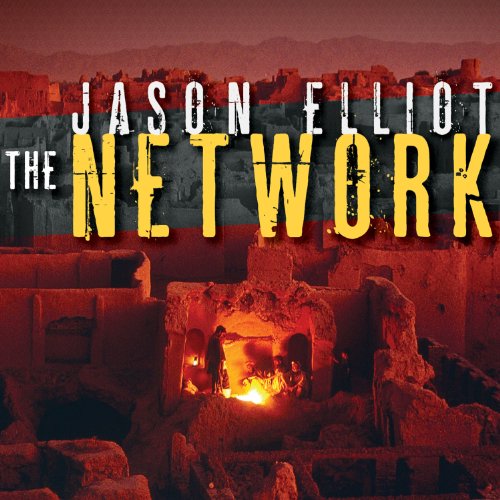 In this bold novel, Jason Elliot illuminates the dark recesses of the intelligence community during a crucial moment in history: the struggle to avoid a terrorist attack.

In the months before 9/11, former army officer Anthony Taverner is leading a quiet life in the English countryside. But his recruitment for a dangerous mission to Afghanistan by the British Secret Intelligence Service - better known as MI6 - shatters his fragile peace and plunges him into the kaleidoscopic world of spying. Under the expert guidance of an old-school hero and veteran of the elite British Special Air Service, Taverner prepares to enter Taliban-controlled Afghanistan to destroy a cache of the CIA's precious Stinger missiles before they can fall into the hands of al-Qaeda. In Britain and America, the intelligence community is poised for a catastrophe that must be kept secret from the public, one that Taverner must attempt to avert - all without exposing a dangerous secret all his own.

Based on real characters and drawing on the author's extensive firsthand knowledge of Afghanistan, this is a thriller of rare authenticity, providing sustained insight into influences surrounding 9/11 and raising questions about the role of intelligence agencies in historical events deliberately hidden from the public eye.

I gave up on this book at about the 40% mark. Maybe I would have felt differently had I stuck with it to the end. But I just could not take any more of what seemed to be an endless, mind-numbingly tedious wind-up with no pitch in sight. After nearly half the book, we're still crawling slowly through the early training of a neophyte spy, with loads of useless information about AK47s and old Afghan battles. Nothing of interest happens, and the characters are neither distinctive nor appealing. Contrast this with Vince Flynn's brisk and gripping story of Mitch Rapp's early CIA training in American Assassin and you will see why I abandoned The Network. Though Simon Prebble is a competent narrator who can do a fine job with good material, he lacks George Guidall's talent for making even a bad book worth listening to.

There is a good book in here somewhere waiting to come out, but it just didn't quite make it. While based on "real" events and characters, the plot is basically a straightforward update and geographic relocation of Alistar McLean's Where Eagles Dare [or The Guns of Navarone for that matter]. There's a touch of 007 and "Q" thrown in, and at times a little Tom Clancy-style filler material on equipment, techniques and S.O.P.'s...plenty of jargon for those needing to feed their acronym habit. The first person approach to the writing is interesting and a little different these days but at times this technique doesn't allow for full multiple character development. The extended foray into a love interest is painful and could have been left out, but hey I guess it mattered somehow. The sound quality is fine, although the narrator struggles mightily with female voices and his attempt at a female Texas drawl is excruciating. I can't really recommend the book, but then again it was interesting at times so maybe worth a credit. You remember those medium-length airplane actioners you used to buy in Denver and finish on your flight to NYC and just toss? This is one of them.

The story has very detailed descriptions of the characters and lives which makes it interesting. However there seems to be a lot of sub-plots that have either been left for the next book or just left hanging. Its pretty slow going as well, then finishes abruptly. All i can think if is that its setting up a series.

Good writing and a mostly good plot. As with most action novels the build up to the finale is more fun than the finale itself. I look forward to the author's next work.