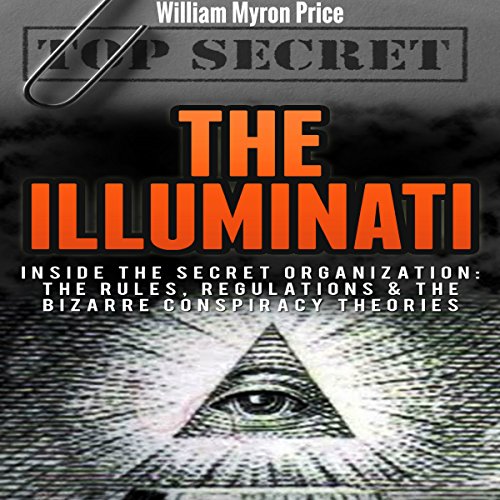 By: William Myron Price
Narrated by: Oliver Lawrence
Try for $0.00

The rules, regulations, and the bizarre conspiracy theories....

Almost without a doubt, the Illuminati are the Holy Grail of conspiracy theories (pun unintended). Due to a number of reasons that will be outlined in this book, the Illuminati have become a household name that pervades popular culture to a very high degree.

The Illuminati have featured in best-selling books and blockbuster movies, in a variety of forms. Allegations of secret rituals (always described as profane from a fundamentally Christian perspective) and sexual practices as well as links with powerful personalities in history have abounded. The sheer amount of information available about the Illuminati is mind-boggling.

The purpose of this book is functionally from the standpoint of fact. My intention is to structurally outline and collate the information available and hope to arrive at a clearer picture of the truth behind the conspiracy theory, if that is at all possible, and also examine the nature of a conspiracy theory itself....

What listeners say about The Illuminati

I have always been curious about the illuminati. This book answers some of my questions but not all of them.