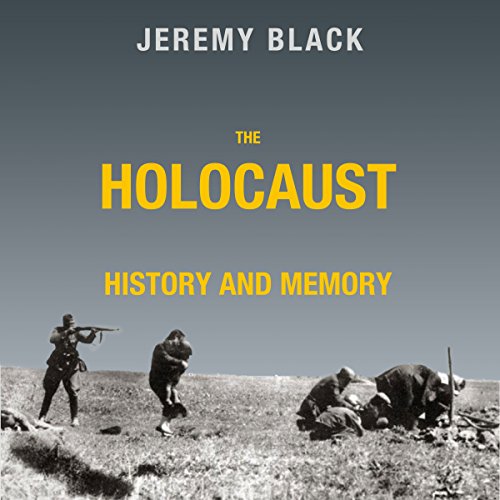 Brilliant and wrenching, The Holocaust: History and Memory tells the story of the brutal mass slaughter of Jews during World War II and how that genocide has been remembered and misremembered ever since. Taking issue with generations of scholars who separate the Holocaust from Germany's military ambitions, historian Jeremy M. Black demonstrates persuasively that Germany's war on the Allies was entwined with Hitler's war on Jews. As more and more territory came under Hitler's control, the extermination of Jews became a major war aim, particularly in the east, where many died and whole Jewish communities were exterminated in mass shootings carried out by the German army and collaborators long before the extermination camps were built. After Pearl Harbor, Hitler saw America's initial focus on war with Germany rather than Japan as evidence of influential Jewish interests in American policy, thus justifying and escalating his war with Jewry through the Final Solution. And the German public knew. In chilling detail, Black unveils compelling evidence that many everyday Germans must have been aware of the genocide around them. In the final chapter, he incisively explains the various ways that the Holocaust has been remembered, downplayed, and even dismissed as it slips from horrific experience into collective consciousness and memory.

What listeners say about The Holocaust

Having read many books concerning the Holocaust, this book is one I would definitely listen to again. Besides a comprehensive account of the Holocaust, detailing accounts that are not usually outlined, the book provides an insight in the aftermath of 1945 within the key countries and how they view the Holocaust today. Highly recommended!