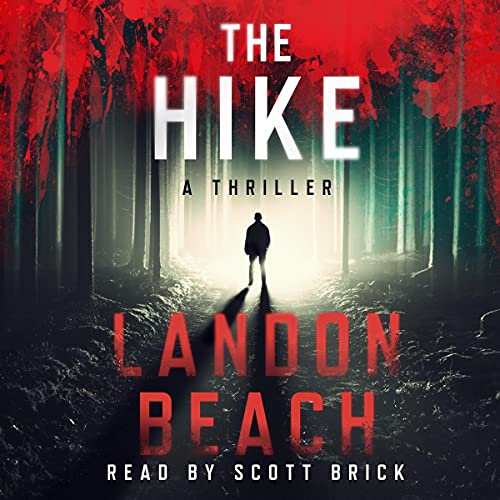 By: Landon Beach
Narrated by: Scott Brick
Try for $0.00

A stand-alone crime thriller in the Great Lakes Saga

"Buckle up. It's Breaking Bad meets The Godfather...and the battle for Detroit is about to begin. Intense!" (Ryan Steck, The Real Book Spy)

Brad Cranston is having a normal Friday afternoon in Shelter Harbor, Michigan when he receives a desperate call from his brother, who disappeared six years ago. Conrad’s message is clear: head south, bring a boat, do not involve the police, and there is a load of money involved - click.

After enlisting the service of rookie Private Investigator Allison Shannon - a retired master diver who is haunted by her own demons - the two start to realize that Conrad Cranston has become much more than a lost hiker.

Meanwhile, FBI Special Agent Patrick Bruno has just been relocated to the Motor City to help bring down the Detroit Mafia, better known as “The Association.” What Patrick does not know, however, is that Detroit’s young new Godfather, Don Ciro Russo, has been targeted for assassination - an event that would turn the criminal organization upside down. And, a long-time confidential informant may be orchestrating the transfer of power.

As Patrick attempts to learn the truth, his path crosses with an unlikely pair: Brad Cranston and Allison Shannon. The search narrows, and the answers may lie on a small island in Lake Erie nicknamed “the Key West of the north.” However, unimaginable terror could await them on the island and in the depths offshore.

For they are about to learn that justice and discovery still come at a price.

If you are a fan of Don Winslow, Lee Child, Breaking Bad, or The Godfather, you've come to the right place.

"Buckle up. It's Breaking Bad meets The Godfather...and the battle for Detroit is about to begin. Intense!" (Ryan Steck, The Real Book Spy)

What listeners say about The Hike

The Hike is the fourth superbly written novel in the Great Lakes Saga by extremely talented author Landon Beach. Although it can be experienced as a stand-alone crime thriller, I recommend all previous entries into this captivating and truly entertaining series.

This is the longest and the most ambitious story from Mr. Beach and is one of his best yet. Lifelike characters, vivid descriptions, a fast moving plot and intense action will keep you on the edge of your seat for the entire duration of this highly entertaining audio production.

What’s already a gripping adventure on paper is made even better as an audiobook, with industry legend, award-winning narrator and respected actor Scott Brick returning once again to this series and delivering another top-notch performance, The Hike is a blast to listen to from beginning to end.

Scott is one of the best at his job and that’s obvious from the way he approaches this narrative. You will feel each emotion and will imagine in your mind's eye every situation.

The Hike consolidates Landon Beach as a household name in the crime action genre and I am really excited to see what’s next from him! I am recommending this novel with enthusiasm to anyone and everyone who previously enjoyed The Godfather, The Sopranos or Breaking Bad.

This was my second book in the Great Lakes saga and by this author. This is a fantastic series by a talented author. This book was thrilling, heartbreaking, wonderful and thought provoking. It is the journey of a family's black sheep, who sinks into addiction and finds... You will have to read and listen to find out. A man trying to understand his brother, a former diver turned private investigator, the mob and the FBI. What an incredible mix and a thrilling story. Immersive characterization, action and a strong plot drive this thriller. Author Beach never loses sight that people are the focus and had me rooting for heroes and hating bad guys. A thrilling book and I will be reading and listening (Scott Brick does a masterful job on narration) to the other books in this series.