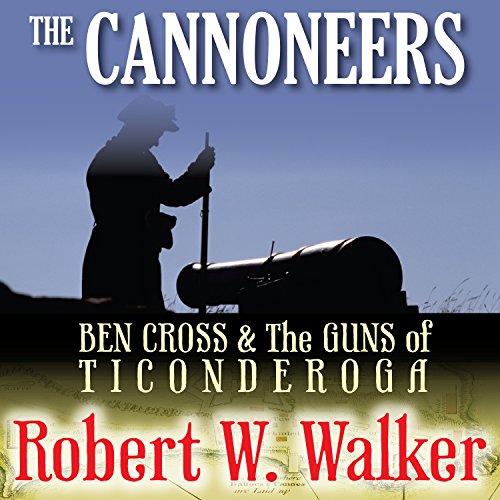 When young Ben Cross escapes occupied Boston in 1775, he has no idea that he will become a cannoneer of the First Artillery Unit of the Continental Army under Colonel Henry Knox, nor that he would be in the company of the Green Mtn. Regiment of Ethan Allen and the tough Vermonters. Now could he have dreamed of dining with General George Washington himself, or helping to arm the Continental Army. But it takes a gargantuan effort which involves a 600 mile round-trip over some of the roughest mountain ranges, the Adirondacks and the Berkshires, to haul 73 cannons, most 24-pounders, via oxen train over iced over rivers in dead of winter through areas where no roads exist until the American soldiers build them ahead of the artillery train.

Col. Knox, a bookseller in Boston at the time that war broke out, was one of the few men who had trained on artillery with the British, and using is own funds, he financed the movement of the captured cannons of Fort Ticonderoga from the Upper Tier region of northern New York to Boston. Ben, a 17-year-old boy, fast becomes a man when faced with responsibility, sabotage, and the court martial of Henry Knox as a spy.

What listeners say about The Cannoneers