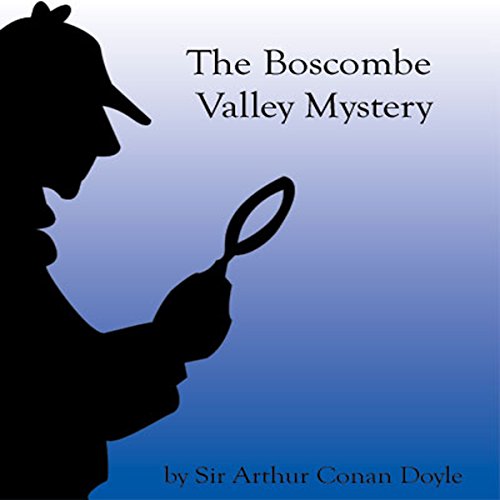 The Boscombe Valley Mystery is one of the 56 short Sherlock Holmes stories written by Sir Arthur Conan Doyle. It is the fourth of the 12 stories in The Adventures of Sherlock Holmes and was first published in the Strand Magazine in 1891.

Sherlock Holmes and Dr. Watson are in Boscombe Valley to investigate the death of Mr. Charles McCarthy. Inspector Lestrade, of Scotland Yard, whose meagre abilities are often upstaged by Holmes's brilliant deductions, has concluded that it is a murder, and that McCarthy's son James is the killer. The facts point to something much more complicated, however,and Holmes employs his keen powers of deduction to unravel a tangle of questions and put Lestrade to shame yet again.