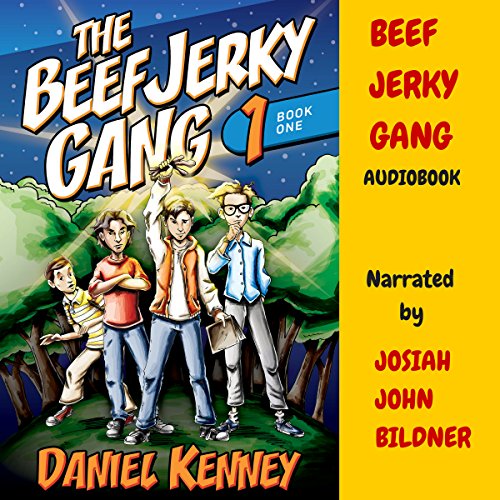 By: Daniel Kenney
Narrated by: Josiah John Bildner
Try for $0.00

When Peter Mills descends into the creepy basement of Finley Junior High, he discovers a dark and twisted truth: Girls haven't always ruled the world.

Now armed with a book of ancient, forbidden man secrets (such as how to make paper airplanes, stink bombs, and beef jerky), Peter and his friends think they've found the recipe to changing their lives. But the boys of the Beef Jerky Gang will soon find out that the girls aren't about to give up control to a bunch of prank-pulling punks.

Join Peter and his friends in this hilarious first book in the Beef Jerky Gang series. Perfect for kids age nine to twelve.

What listeners say about The Beef Jerky Gang