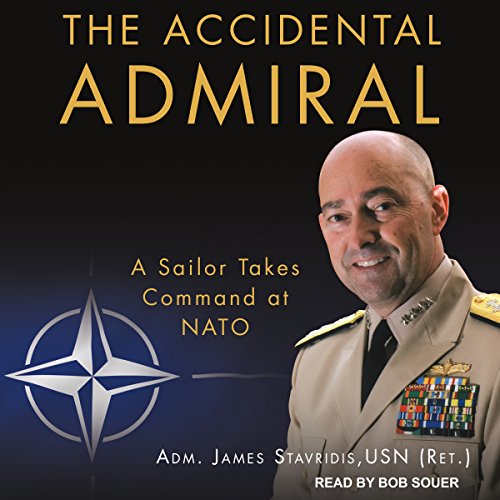 After he was selected to be NATO's 16th Supreme Allied Commander, the New York Times described Jim Stavridis as a "Renaissance admiral." A US Naval Academy graduate with a master's degree and doctorate from The Fletcher School of Law and Diplomacy at Tufts University, conversant in both French and Spanish, this author of numerous books and articles impressed the Navy's leaders and senior Pentagon civilians with his wide range of interests, educational background, keen understanding of strategic doctrine, mastery of long-range planning, and command of international affairs.

Since NATO had previously been led by generals, Stavridis saw his assignment as the first admiral to take command as somewhat "accidental." As the American and NATO commander in Europe responsible for 120,000 coalition troops serving in 51 nations, on three continents and at sea he had come a long way since almost leaving the Navy for law school five years after receiving his commission.

The Accidental Admiral offers an intimate look at the challenges of directing NATO operations in Afghanistan, military intervention in Libya, and preparation for possible war in Syria.

What listeners say about The Accidental Admiral