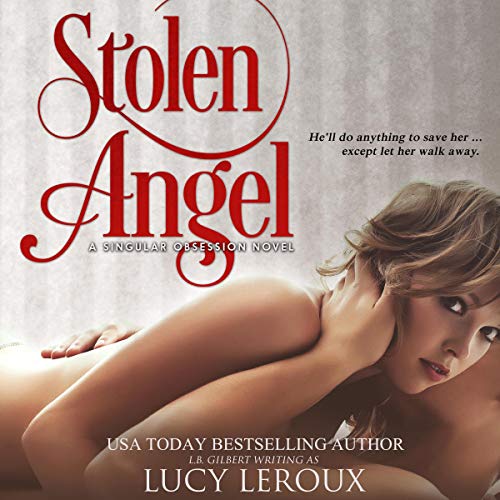 "Sergei and Ada's story is very compelling and the reader is breathless to read the end of their story.” (Rabia Tanveer for Readers' Favorite)

Sergei Damov is in love with someone who isn’t interested in him, but he’s determined to change that.

Sergei has pined for months, waiting for his assistant to turn around and see he's the perfect man for her. But Ada only sees him as her boss. Until one night when they both have to work late and the office is deserted....

It doesn’t happen right away, but soon Sergei has Ada right where he wants her - in his bed. Then demons from his past resurface, and he brutally pushes her away before the darkness inside him can consume them both.

But Ada isn’t about to let herself be used. Soon she turns the tables on him and disappears, leaving a mystery in her wake. Why was Ada working under an assumed name? Not just with him, but at every job she ever held?

Using every resource at his disposal, Sergei desperately searches for her, before the danger she’s running from catches up with her…and to try and heal the heart he shattered.

Each novel in the Singular Obsession series is a stand-alone featuring a different couple. HEA guaranteed ♥. Not suitable for listeners under 18.

What listeners say about Stolen Angel

I thoroughly enjoyed this book. I love the Singular Obsession series. Once these men focus on that one woman, they don’t rest until they have her, one way or the other. This is Sergei and Ada/Eva’s story. At first I didn’t care for Sergei because he was all business and Ada was so reserved. We later find out why she acted the way she did. The story moves along at a great pace. Someone from her past comes back into her life and not in a good way and stirs things up.

Avie Paige did a great job with the narration. I received this free copy audiobook at my request and have voluntarily left this review.

All is not how it seems in Stolen Angel. What starts as an office romance quickly turns into an international suspense. I like Stolen Angel so much I got the first two books in this series. From running away to hiding to kidnapping there is adventure and intrigue throughout. I love how smart Ada/Eva is.

I received this audiobook for free from Audiobook Obsession. This is my honest and voluntary review.

Evie is in hiding but from whom , why is she in danger? She was working for Sergie, as a personal assistant, but one day she disappeared. He was confused what happened to her? this story has mystery, danger, lies, A stalker. kidnapping. This story was exciting and wonderful to listen to
Avie Paige is a wonderful narrator and portraying all the emotions, love, angst and feelings of despair to each and every Character. I really enjoyed listening to this story.
🎧audiobookobsessionreviewer.🎧

While this is a standalone book if you haven't read the others or are jumping around in the series you should be okay. She has been running for her life from her step brother after the death of her dad and his mother, and in doing so she changes her appearance, identity and, jobs frequently as she could never afford to be captured. Good narration and performance by the narrator. She fit the main female character, Ada, well, and gave a clear performance. Enjoyable performance.

this series is a must read. It will have you on the edge of your seat. It was an amazing read .....love, sex,and mysterious. You never knew what exciting thing was happening next.

Such a good series

I have thoroughly enjoyed this series and even though you meet some of the same characters they can be read as a standalone. Their is suspense and mystery. This also had a great narration and I can’t wait to listen to the next one. #audiobook obsession

The storyline follows several guy friends who are definitely alpha males. Their friendship works, and while committed bachelors, slowly they end up their hea. Once again the story was fast paced and easy to listen to.

He is in love with someone who isn’t interested in him, but he’s determined to change that...

An enjoyable and amazing read that will transport you into these characters' world as soon as you start listening.

The narrator was amazing and so beautiful,

Stolen Angel was another great story by Lucy Leroux! I was glued to the storyline to see what would happen and how it would resolve. I never wanted to pause the book. I love returning characters and how we get to keep up with them! This is an excellent series! I look forward to listening to the next book!

Avie Page is an excellent narrator!

Good narration and performance by the narrator. She fit the main female character, Ada, well, and gave a clear performance. Enjoyable performance.

Loved the suspense going on with someone after Ada; it’s great that the suspense carried on throughout the whole book and it wasn’t just a quick fix. Ada went through the ringer!

Ada is one of Sergei’s assistants; he has a major crush on her, but Ada isn’t aware. She thinks she’s not his type; which isn’t a dumb thought with Sergei dating vapid, materialistic women, so she’s not thinking of him that way. Sergei is tired of holding back, so he sets out to seduce her. Things do get steamy, but things don’t end a good way. Sergei runs scared and acts like a jerk; which causes Ada to run as well, without letting anyone know. He realizes what a moron he was, but Ada is already gone. When he tries to find her, it’s found out that Ada isn’t her real name. So, mystery time!

Ada is a smart lady, so I wish the author would’ve had her using her skills more to help herself. I do love a protective male, but I also like to see the woman use her brains to take action. She does somewhat, but she didn’t quite think things through at times. Still liked her though and she does show strength. Also, loved that characters from past books come to help out Sergei; it was great hearing more about their lives. Excited to read about Gio finding his love next!

Loved that there’s some action with the suspense! Ada’s backstory was super interesting too!

This story was captivating. I was drawn in to the story and following along the curves and hills until very early in the morning. the characters are amazing and relatable. the story flowed pretty well. the narration was on point. all in all, it was a great experience.

I liked the characters and the story very much. The book kept my attention all the way through.Out of the few titles I'm familiar with by Lucy Leroux I liked this one the best so far.

Avie Paige narrated the book very well. I liked her voice and pace.

The hero is awesome. He's a little cold but hearing his side helps you thaw towards him. The heroine's history was pretty interesting and not something I was expecting. I love the pure alphaness that comes out of the hero. She finds her strength and he finds his emotions. Great book. Excellent narrator. #AudiobookObsessionReviewer

I really enjoyed this book. It has a great storyline and some great strong characters. It’s written well and a brilliant performance from Avie.
#audiobookobsessionreviewer