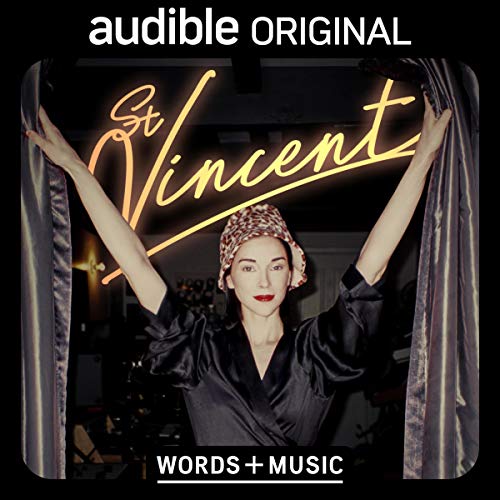 Annie Clark made her recorded debut as St. Vincent in 2007 with Marry Me, and has since become one of the most innovative and enigmatic presences in modern music.
Each of St. Vincent’s four subsequent albums has met with critical acclaim and commercial success eclipsing that of its predecessor. These albums would include Actor (2009), Strange Mercy (2011), and her self-titled fourth album and winner of the 2014 Grammy for Best Alternative Album, making her only the second female artist ever to win in that category. In addition to these solo works, St. Vincent joined with David Byrne to record and release the collaborative album Love This Giant in 2012, and performed with Dave Grohl, Krist Novoselic, and Pat Smear of Nirvana at the band’s 2014 induction into the Rock and Roll Hall of Fame, playing the season finale of Saturday Night Live that same year.
In 2017, working with co-producer Jack Antonoff, St. Vincent created a defining statement with MASSEDUCTION. As ambitious as it was accessible, the album broke St. Vincent into the US and UK top 10s while landing at #1 on the Best of 2017 lists of Jon Pareles of The New York Times and The Guardian—and placing high in the year-end rankings of The AV Club, Billboard, Entertainment Weekly, Mashable, The New York Daily News, the NME, Noisey, Paste, Pitchfork, Q, Stereogum, USA Today, and more.
Entertainment & Celebrities
Show more Show less

"I really do have an obsession with the figures of Catholicism."
-0.00

Not a fan of her voice or songwriting.
The narrative is entirely self referential with little interest shown for the wider world around her. There are missing explanations, like why she did not get to attend the performance high school she wanted to go to, or the events leading to her father’s white collar conviction. Overall, disappointing.

A well produced insight on an amazing artist

Thoroughly enjoyed learning more about what went into the music. I’ve been a fan of hers for awhile, so much talent. The way she is able to tap into her emotions and present her art exactly how she wants is inspiring.

I very much enjoy hearing artist's stories about their lives, careers and songs. This is such a fantastic dive into all of those themes. St. Vincent is such an incredible artist and performer, so I love hearing about where certain music and ideas come from. I wish this were several hours long, I could really listen to Annie tell stories all day. Thank you!

A transcendent artist. A unique story. And her music like I’ve never heard it before!

A well spoken woman and artist

What a great opportunity to listen to someone who inspires me and so many others.

I loved this audible original! St Vincent is one of my all time favorite artists and the work and thought and heart she puts behind her music is really shown in this audio. Totally worth it.

She has a nice voice and interesting story. I like how Audible puts the words of artist and events of background info together with the song.

Shows you a personal side of each song that makes them more especial and relatable. It makes you understand more deeper Annie's vision and empathize with concepts. Big congrats to Annie Clark for an awesome job.

Following Annie for years now - her musical journey has been impressive.
St Vincent live shows are not to be missed!
She is ON POINT !!

Worldview from a fallen world

Life is not all about you and what you want or who you think you should be, or "finding your calling". The feeling in your heart that you want something different or more, comes from God seeking you out. I have never heard of you before, but I would urge you to please read The Bible just one time. It will change your life.

Oh how I wish

Oh how I wish to only have 1% of this woman’s vocabulary. So smart, articulate and the performances are perfect. And remember ladies: catholicism is sexy.