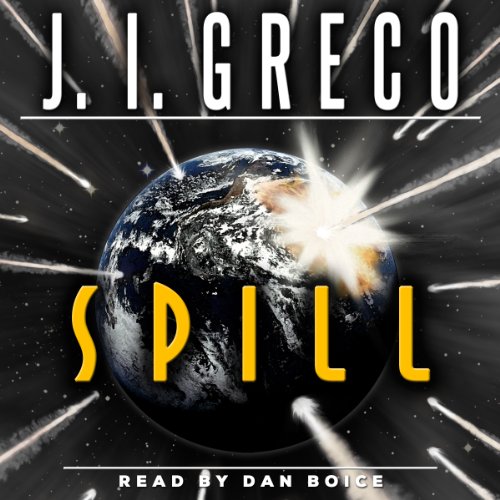 How do you end an alien occupation? Any way you can. On her 16th birthday, the terminally ill head of the world's largest mega-corporation, puts her plan to rid Earth of its alien overlords and to avenge her father's death into motion. She releases an untested nano-engineered terror weapon against the aliens. While the aliens are chased from the planet, humanity's celebration is short lived.

Now facing alien retaliation from orbit and a rapidly evolving nano-weapon that will transform Earth, humanity's last hope of survival resides with a pair of cybernetically-enhanced human collaborators who are more interested in looting than saving the world. Any way you look at it, humanity is doomed.

What listeners say about Spill