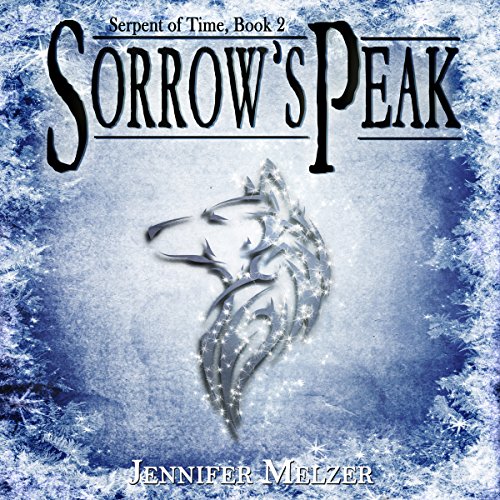 Once a princess of Leithe, Lorelei was exiled from her homeland and led to the city of Dunvarak in the tundra of Rimian. The people of Dunvarak call her Light of Madra, and nearly every one of them has a story about the white hand of light who saved them from death during the War of Silence.

She is their savior, and being a savior is no small task.

Charged with retrieving the fractured horns of the U'lfer god, Llorveth, from a long-dead dragon's treasure hoard in the belly of Great Sorrow's Peak, the half-bred U'lfer believe with the horns in hand they will finally be able to embrace the dormant wolf and rise to stand beside their full-blooded brethren in the coming war with men.

But there is more to Lorelei's plight than simply retrieving the mystical horns of a silent god. She and her companions - Finn, an U'lfer warrior she shares a mate bond with, and a half-Alvarii mage named Brendolowyn - have made this journey before, and unless they can figure out where they went wrong in past cycles, time threatens to repeat itself for eternity.

The Only Thing Wrong...

The only thing wrong with this book is the 3rd book in the series (Serpent Rising) isn't written yet. My review of book 1 tells you what I think of the series and it hasn't changed one bit. This series is fantastic. If you like Magic, Shifters, Trolls and other creatures with a Lord of the Rings & Game of Thrones type series with plenty of adventure...it's here. There is a little romantic angst. So far, no X rated stuff so it's good for all ages.

My husband & I normally have long discussions about everything under the sun, HOWEVER, since I started listening to this series...no discussions, no talk, no interruptions. The series is that good. As I said in the first review, Goodreads has the series at a solid 4 stars. That means many people (like me) gave it 5 stars while a few gave it a little less so that the average is 4. I was surprised that a few people rated it with a 1. I guess it just wasn't what they were looking for or were intimidated with the length of the book. I think that 4 is a pretty good rating overall. I hated when the book ended & am waiting with eager anticipation for book 3 to appear (Serpent Rising) in audiobook format. I only hope it is as long & detailed as the first two books. It would be hard to get any better. I can't wait to continue the journey that Finn takes with Princess Lorelei and am eager to find out what happened to Brendolowyn and the rest of the gang.

Vilnjar. He's most balanced and well-rounded. He still makes mistakes, but he doesn't get as caught up on rights, wrongs, slights, and wants as some of the other characters do.

Have you listened to any of Veronica Giguere’s other performances before? How does this one compare?

Veronica is consistent and always a joy to listen to. She can make sad words tug at your heartstrings. She really brings things alive!

Sorrow's Peak picks up right where Edgelanders left off, so it's a pleasant, pretty much nonexistent segue into the continuing story. I was treated immediately to more of the character I really want to know more about, Trystay, but it was brief. And I didn't get to see him again until the epilogue, but he is an antagonist, so I suppose it's not surprising. He's not even really the main conflict in this novel, but it is good to see what he's up to.

My intrigue with Trystay doesn't mean I'm not interested in our protagonist team. Lorelei is evolving, though I'd like to see her grow more quickly. She seems so resistant to change, but not intentionally. In some ways, the world is pushing her along, and she's helpless to stop it. It does sometimes make her come across as whiny, and I want to slap her sometimes, but it's hard to hate her. She's not my favorite protagonist ever, but her chemistry with her teammates makes up for a lot of frustration I have at her. I think if the book were more exclusively in her POV, I wouldn't be able to stand it.

Bren and Finn make the story in a lot of ways. Their bickering, their turmoil, seems more real than Lorelei's does, at least to me. Finn's continued pining after Lorelei, along with Bren's, get annoying. A lot. But it does have a little more purpose now, as they're really set against each other with the whole "only two will return" thing. This really comes to a crux with Bren, and I enjoyed the tension there.

Then there's the side plot, which is headed by my favorite character, Vilnjar. I want more of him. I love that his story arc has diverged from the main story, and I'm eager to see what becomes of him in book three. Yes, I'm curious to see what becomes of everyone, but his story arc appeals to me more than the main one does. That's just personal preference and has nothing to do with the writing quality or plot quality. That is purely opinion.