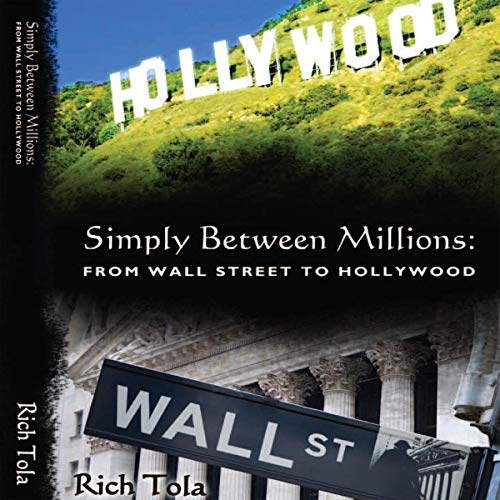 10 years ago my net worth was $10,000,000, today it's zero. I've spent the past five years in Hollywood - to pursue "a calling". My colorful memoirs are wild and inspiring, from a three year-old Sicilian boy hanging around his father's barbershop in Trenton, NJ, to the former Wall Street Junk Bond salesman - and boy-toy for married women - turned actor/filmmaker and yoga teacher looking to fulfill his destiny.

I've traveled the globe and seen it all - and I tell it all. This memoir includes 69 short chapters about being Sicilian, the cute boy syndrome, Goombata Sal, the Wharton and Kellogg business schools, Wall Street, the Jersey Shore, sleeping with NYC strippers and engaged/married women, the dot-com crash and burn, Donald Trump, interventions, the Winner's Circle (my racehorse), sex-filled yoga retreats, sobriety, Hollywood "babes" and booty calls, auditions, transsexuals, making a film for $50,000, and my charity, The Boulevard Zen Foundation, teaching the benefits of yoga to women and children living in domestic violence shelters.

So what does it take to go against conventional wisdom, to gamble your entire life's savings and turn your back on millions from Wall Street, to pursue a lifelong dream in the "nobody makes it here" world of Hollywood? The answer: balls, courage, and a "helluva lotta" perseverance! This is my story.

What listeners say about Simply Between Millions