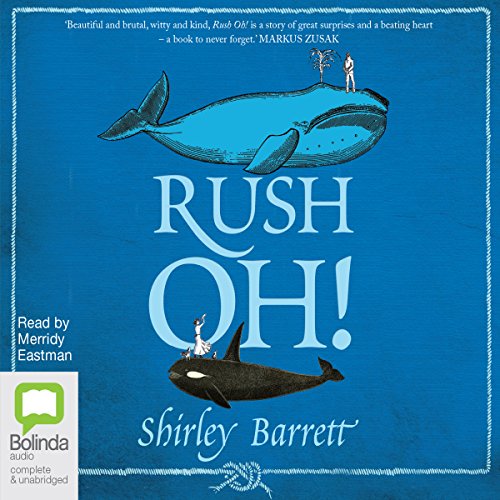 Rush Oh! is a deeply moving and captivating novel that will capture listeners' imaginations and launch a brilliant new voice in fiction.

When the eldest daughter of a whaling family in Eden, New South Wales, sets out to chronicle the particularly difficult season of 1908, the story she tells is poignant and hilarious, filled with drama and misadventure. Swinging from her own hopes and disappointments, both domestic and romantic, to the challenges that beset their tiny whaling operation, Mary's tale is entirely relatable despite the 100-odd years that separate her world from ours.

Chronicling her family's struggle to survive the season and her own attempts to navigate an all-consuming crush on an itinerant whaleman with a murky past, Rush Oh! is also a celebration of an extraordinary episode in Australian history when a family of whalers formed a fond, unique allegiance with a pod of killer whales - and, in particular, a killer whale named Tom.

"Beautiful and brutal, witty and kind, Rush Oh! is a story of great surprises and a beating heart - a book never to forget." (Markus Zusak)
"Hugely funny and peopled with a cast of characters I came to love like my own friends, Rush Oh! reminded me why I love reading." (Hannah Kent)

the story was well ready but i found it quite boring and didn't really eventually to much at all. there were really no parts of this book i can honestly say i enjoyed.