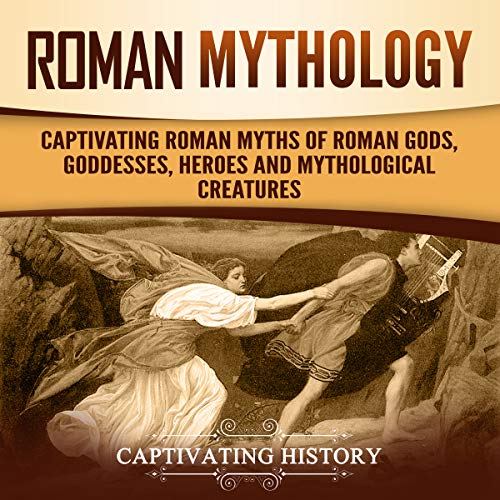 If you're looking for a collection of Roman myths that speaks to all ages then keep listening....

Feats of strength and skill, monsters, magic, divine interventions, and the overcoming of impossible odds by larger-than-life figures all feature in this audiobook.

The Roman myths contained in this collection will be brought to life so all the details are more than merely a bunch of dry facts.

Not only does this audiobook offer captivating stories for you to enjoy, but it also gives you impressive knowledge about history. For example, the story of the rape of Lucretia, an incident that supposedly sparked the revolt against the early Roman monarchy and led to the development of the early Republic, may have been based on actual historical persons and events.

So if you want a collection of engaging Roman myths that can cause some people to scream for more as oppose to falling asleep, buy this audiobook now!

I'm Happy With This

A true classic of mythology. You cannot go wrong with captivating history's work. Also, the aesthetic of this copy is unmatched.

Informational and well presented. My daughter really enjoyed it. I recommend it to all who love history.

A great way to learn about Roman mythology. I read several mythology books so far and this is by far the best one. Easy to understand and the author does a great a job at giving brief history introduction regarding each story. I would recommend it.

Beautifully written book that is great for those knowledgeable of mythology and a great introductory for those new to it. I would urge anybody wanting to learn about Roman mythology.

I got this for my son to go along with his Percy Jackson books. They made him want more information about mythology. I’m so glad I purchased it.

Nice compilation of tales from Roman Mythology. Not as in-depth as I was hoping, but still a wonderful purchase.

Great guide to the Roman Gods and Myths. Lists the major gods, minor gods, most the "monsters", and a ton of other stuff. Easy to read and understand.

For someone like me who knows nothing about Roman mythology and has had trouble finding a source that explains it in an easy-to-understand way, this book is awesome. I'm now kicking my husband's butt on Jeopardy when Roman mythology questions appear.

I have always loved Roman mythology, and have bought so many different books over the years trying to find a comprehensive, easy to understand, well formatted version of the Roman myths. This is by far the best collection that I have found yet.

I loved every moment of this book. It focuses mainly on Roman mythology. I appreciate that she lists her sources for each story at the beginning of the chapter and telling of these myths are easily understand, but not over simplified and the result is highly enjoyable.

This book flows easily from one story to the next. She gives you a clear explanation of who each god/goddess was and what they represented. Their family trees are given but she also explains it throughout the book. Overall, it's a very nice book.

The audiobook is exactly what was expected. However, the cover was not on correctly which led to some unfortunate creasing. Thankfully it was mostly on the back fold.

Informational and well presented. The listener will definitely enjoy it. So, It is recommended by me.