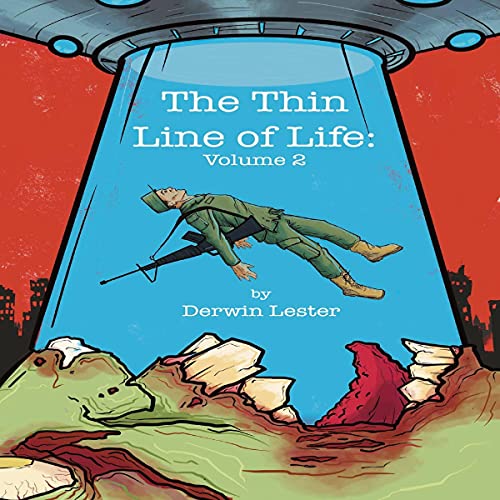 There is something in the dark.

That is the unspoken truth known by every man on Earth. A monster, be it demon or human, is waiting to attack in the absence of the protection light provides. What that noise is becomes exaggerated with the imagination. Monsters that bump softly in the night, demanding their pound of flesh to sate an ever growing hunger. Such things are considered an imaginative escape from the boring demands of life.

There is a light in the sky.

The stars in the night were a defense against the quiet monsters. The light provided a path to safety, keeping the monsters in their place. Sergeant David Macalister was familiar with guiding his footsteps by starlight, having spent his youth in Kentucky. That lifetime of living in the night gave him an edge during the Zombie War, as the Marines in Kentucky retreated further into the mountains, building a wall to keep the monsters back. As they did their best to fight back against the zombies in front of them, the safe haven behind the wall began to descend into chaos, with zombie-worshiping cults, family clans settling ancient rivalries, and a fractured, disorganized chain of command that could barely find their feet as they scrambled to survive against the monsters of the night.

In the time of dying, Sergeant Macalister took comfort in the stars, as he so often did in his youth. But one day, he saw a star moving towards him. Then it began to slow down. Then it landed.

Sergeant Macalister discovered the stars had betrayed him, because they were home to the monsters.

What listeners say about Omnibus: The Thin Line of Life, Volume 2

I received a free copy of vol one and two and I am listening to it because of the narriater. If this is your thing you will love it. It's funny. I'm not giving it a bad review because it's not bad. It just not my favorite topic. I don't know why the ratings is not real high it needs to be. IT IS FUNNY. BOTH BOOKS VOL. ONE AND VOL. TWO. Would be a five star if this was your genre. Theo Holland does a great job narraiting these books. If my review was any help will you please click the helpful link. Thank you

Another terrific listen from the Lesters. This is similar to the first volume as it is short stories showing various points of view regarding the zombie apocalypse. Easy to follow along and we learn some fascinating information about where the attacks may be coming from. If you enjoy this series, don't miss this book.

Thank you to Audiobooks Unleashed for providing a copy of this book to listen to.

A series of vignettes or novellas describing people and their experiences in the zombie apocalypse. The locales for most of the stories, based upon the narrator’s accent, seem to be around Tennessee or Kentucky. It appears that aliens are behind the zombie apocalypse. Why and where they came from are a mystery. Loyal dog stories always get to me; Sunshine was my favorite tale. Similar to the first volume of this series, the accounts were authentic and graphic. I was given this free review copy audiobook at my request and have voluntarily left this review.