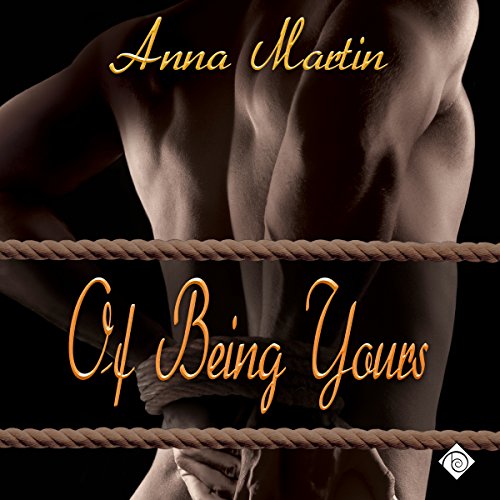 By: Anna Martin
Narrated by: Brad Langer
Try for $0.00

Sequel to Another Way.

It's been three years since Jesse Ross had to choose between his master and his girlfriend - three years he's spent living in a loving relationship with Will, his dom, and finally being open about his sexuality. To the outside eye, Jesse and Will's relationship is settled, solid, and romantic: people expect them to settle down, get married, and have a family. It takes a car crash to expose the papered-over cracks in their life together.

Traumatized by the crash, Will finds his confidence shattered. After unintentionally causing Jesse pain during the accident, Will finds it impossible to hurt him in the bedroom, and suddenly he has to reassess his ability to be Jesse's dom. The emotional and physical deadlock leaves Jesse struggling to hold the pieces of their tattered relationship together. The physical scars may heal with time, but the emotional trauma has left more damage than either man could have anticipated....

What listeners say about Of Being Yours

Lots of Potential – Not All Obtained

If you could sum up Of Being Yours in three words, what would they be?

Lots of potential. I am very much an aficionado of BDSM books and am a member of the lifestyle, so I thoroughly enjoy the dynamic. That being said, I have mixed feelings on this book as a whole. This book starts off with a whiz bang, but fairly quickly devolves into muddy waters. A beautiful submission scene occurs in chapter one (see the excerpt on Dreamspinner Press) that I thought was going to demonstrate the direction of the book. That did not occur. Rather, there was instead such a heavy focus placed repeatedly on a secondary set of characters so as to completely pull the attention off of Will and Jesse in several spots.

Would you recommend Of Being Yours to your friends? Why or why not?

Yes. Ms. Martin’s writing style is quite nice, and her ability to write D/s scenes is beautiful. Will and Jesse’s love and affection for one another is crystal clear in the beginning of the book, but a traumatic event alters the course of their lives and leaves the heretofore solid and secure Dom floundering. PTSD is clear in the aftermath and not at all unexpected, but (and I’m trying to do this without giving away the plot), Will’s ability to step into the Dom mindset/role for another character while emphatically denying the same to his own long-term sub is confusing at best. Having spent three years topping the submissive Jesse, there is no reason for Will to suddenly withdraw all of the emotional support that he has consistently provided up to now and leave his supposedly beloved boyfriend/sub in a tailspin. References in the book to Will’s ability to simply assume the mantle and subs fall in line contradict the author’s direction for the character.The character development is fairly stagnant through most of the book, but then picks up again toward the end. The plot is choppy because of the secondary characters’ subplot, so that affects the flow of the main story. I did very much appreciate, however, that the ending was done with such care and didn’t rush to an “everything’s perfect” conclusion. It showed a depth of character to allow Will and Jesse to remain flawed individuals still working toward their forever happiness. Therefore, while I’m not entirely happy with this particular book, I still enjoyed it enough that I rate it at 3.5 stars, and I am certainly willing to try her other work. Audio file was provided by the publisher in exchange for an honest review through Divine Magazine.

Which character – as performed by Brad Langer – was your favorite?

Jesse - Brad Langer is an excellent narrator, and once I became accustomed to his voice and inflection, I was able to sit back and enjoy his reading.

The most poignant moment for me was when Jesse realized that his collar had been cut off following the accident, and when he panicked, Will giving Jesse that instant support by circling Jesse's wrist to keep the connection and allow Jesse to breathe more easily. It spoke to the care and dedication the man and the Dom had for the man and the sub.