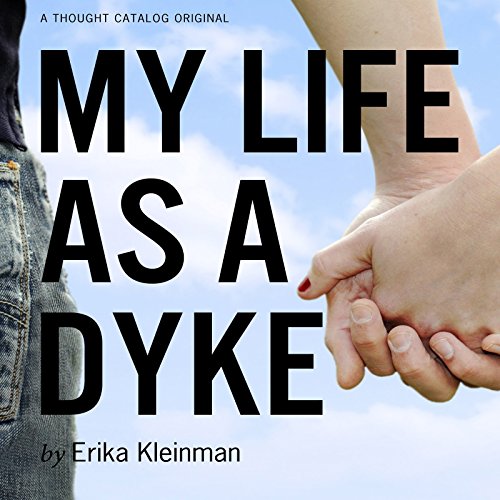 My Life as a Dyke

By: Erika Kleinman
Narrated by: Aimee Jolson
Listen free with Plus trial

Being a lesbian doesn’t come natural to everyone. That’s what Erika Kleinman learned during her sexual awakening in 1990s Seattle, when she began dating a host of butch women who were all too willing to show her the ropes. My Life as a Dyke recounts Kleinmans’ relationships with candor and humor while making one thing clear: no matter who you’re interested in, dating can be a nightmare.

What listeners say about My Life as a Dyke

Would you try another book from Erika Kleinman and/or Aimee Jolson?

Kleinman? No. Absolutely NO.Jolson? It will be hard to distance her from this book but her performance was good.

Has My Life as a Dyke turned you off from other books in this genre?

This is a search for absolution. Trying to clear her conscience in case her family, husband, or church found out about her forays into the 'dark side'.

So I listened to My Life as a Dyke and all I can tell ya is.. don't bother.. it was more like 'I experimented but really prefer guys' book and she (the author) was a kid.. fledgling sixteen year old adventures, Finding alternatives to immature boys with butch dykes.If you are looking for an uplifting book that helps you accept who you are then do NOT listen to this one. If you are looking for an arguments on how being a homosexual is not from nature but from nurture then maybe, maybe, you might find a crumb here to justify the hour. It's one hour I won't get back... How many books will Audible let you return?