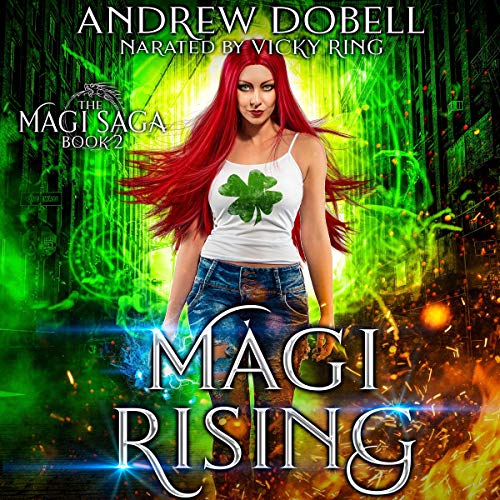 By: Andrew Dobell
Narrated by: Vicky Ring
Try for $0.00

A psychotic death magus rules New York. The city you call home. He wants you dead. What do you do?

Amanda has returned to New York, the city she loves, with her closest friends. But Lucian, a dark magus, crime lord, and so-called “king of New York”, rules here. Trespassers are shown no mercy and are quickly killed.

As Amanda attempts to settle here, she must resist Lucian's campaign of terror against her. She finds herself under surveillance, dealing with troublesome magi politics and fighting off dangerous assassins as she tries to make a home for herself.

Amanda must find the courage to resist the darkness and to stand up for what is right. She needs to have unwavering confidence in her new abilities as a magus if she’s to have any chance against this powerful dark magis. If she doesn’t, even with help from an unlikely ally, her life and the lives of her closest friends are in grave danger.

This is the second thrilling book of The Magi Saga by Andrew Dobell.

What listeners say about Magi Rising