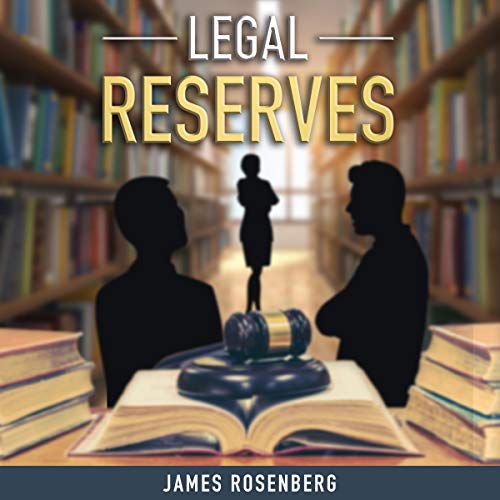 A significant trial looms. The two lawyers and the judge all have major reasons to worry: Jeri Richards, a newbie judge, is presiding over her first trial concerned she is too inexperienced to handle it. Mike Reigert, the plaintiff’s attorney, must try his biggest case because his client refuses the department store’s huge settlement offers - just to make sure that what they did to her won’t ever happen to anyone else.

The company’s attorney, Jack Rogers, is told that he must win this trial or face banishment from his law firm.If that weren’t enough, the three of them have been best friends since their first day of law school. Back then, they were the cream of their law school and thought their legal careers would involve nothing but success.

Now, they aren’t so sure. Jeri adored her two friends in law school. They helped her overcome the trauma of almost being raped. After graduating, she prosecuted the scum that preyed on the weak and became the youngest judge in her county. Mike was planning to work in Geneva stopping international terrorism, but his uncle convinced him to help in his small practice in a sleepy town outside of Pittsburgh. Mike itches for more responsibility and finally comes to represent a woman mercilessly chained to a table until she confessed to a crime.

Jack craves the big money he would make if he became a partner at his huge law firm, and is willing to do anything to make it happen. Now five years after graduating from law school they are thrown back together on opposite sides of a trial where Mike’s client seeks to regain her life while Jack will not stop to make sure the company prevails. Jeri watches as the battles between her two buddies escalate until she has to intervene to protect the life of one of her friends.

What listeners say about Legal Reserves

I really enjoyed this book and it is always fun to find a new author. I liked the story of the 3 friends that met in law school and watching how their friendship developed and how it grew and changed over time. I am not a lawyer, but like many, I love a good trial. I really liked seeing how this case developed and the parts the 3 friends took in it. The little twist at the end of the case was a bonus that I did not see coming. It was a good read and I enjoyed the narrator.

nice story but very predictable. HOWEVER, the narration was truly awful . The narrator is a woman who sounds like she is reading to a group of 1st graders. Most of the dialogue was by male characters, so I have no idea why a female narrator was chosen. She ruined a pretty good book.

Thecharacters all sounded the same whether man or woman.Couldnt follow the story gave up after 3 chapters.

Only got to chapter 12

I am an avid audible listener and especially love legal thrillers. After reviews I am very disappointed in this book. I stopped in the middle of chapter 12. The narration is irritating, and I’ve liked previous work from this narrator. The story dull and muddled. I regret having made this purchase.

Like a two star movie; watchable but no big deal

Not being a lawyer it seems like that would be illegal detention. I like stories about the law . The interactions between family ie Mike and his father seemed cliched and predictable. A questionable use of a credit.

I had a hard time listening and getting into Legal Reserves to begin with, but once the story evolved, I quite enjoyed it and looked forward to hearing the outcome. Three students become best friends right from the start of their law school days until 5 years after graduation. All three have different and interesting life stories. When a huge case against a multimillion dollar company puts the three of them in opposing situations the friendships start to wear thin. I had difficulty discerning the different characters as the narrator did not do the male characters well.I was given this free review copy audiobook at my request and have voluntarily left this review.