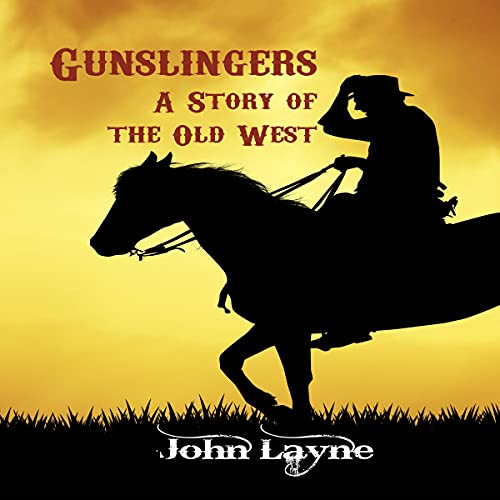 Gunslingers: A Story of the Old West

By: John Layne
Narrated by: Joseph Earl Johnson
Try for $0.00

Gunslingers: A Story of the Old West is John Layne's inaugural novel set in the Old West packed with family drama, action, and adventure. In this first audiobook in the Luxton Danner Series, author John Layne tells the story of Joel Thornton and his daughter Elizabeth, as they seek frontier justice with legendary US Deputy Marshall, Ben Chance.

Joel Thornton is a retired US Deputy Marshal now living a quiet rancher's life. Days after welcoming his daughter Elizabeth home, a fugitive seeking revenge attacks his ranch. Badly wounded trying to protect his home and save his daughter, Thornton sends his daughter on a dangerous mission to find help from the only man he trusts to save his beloved family and ranch.

Fans of Western fiction novels are in for a treat with Layne's crisp, strong prose, and cinematic style.

What listeners say about Gunslingers: A Story of the Old West