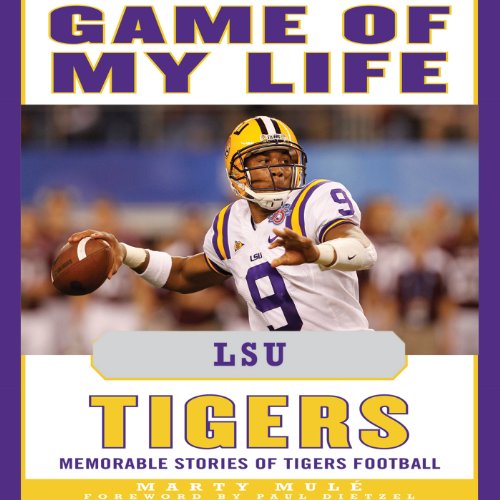 Game of My Life - LSU Tigers

A continuing and ongoing drama, LSU football has been marked by a string of improbable victories and sometimes valiant defeas. Game Of My Life LSU Tigers is the chronicle of over 30 of the greatest players as they tell the story of the game that meant it all. Marty Mul has compiled the vivid and poignant single-game stories from three dozen of the most remembered Tiger games of the last eight decades. Readers will relive the fingertip catches, the bone-crunching hits, and epic touchdowns through the eyes - and from the memories - of the LSU players themselves. Tigers such as Jim Taylor, Billy Cannon, Tommy Hodson, Carlos Carson, Matt Mauck, Rohan Davey, JaMarcus Russell, and Marcus Spears also add their words to this storied collection that becomes a must-have for any true Tigers fan and Bayou football lover.

From the words of Tigers coaching legend Paul Dietzel, "This is really like a Tiger time machine, going back to LSU’s greatest football moments with the people who lived them, then and now."

What listeners say about Game of My Life - LSU Tigers