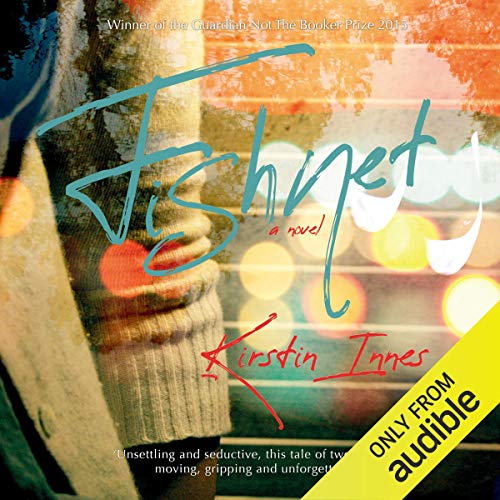 Winner of the Guardian Not the Booker Prize 2015.

Twenty-year-old Rona Leonard walks out of her sister Fiona's flat and disappears.

Six years on, worn down by a tedious job, child care and the aching absence in her life, Fiona's mundane existence is blown apart by the revelation that, before she disappeared, Rona had been working as a prostitute. Driven to discover the truth, Fiona embarks on an obsessive quest to investigate the sex industry that claimed her sister. As she is drawn into a complex world, Fiona makes shocking discoveries that challenge everything she believed and will ultimately change her life forever.

Bittersweet, sensual and rich, Fishnet takes a clear-eyed, meticulously researched, controversial look at the sex industry and the lives of sex workers, questioning our perception of contemporary femininity.