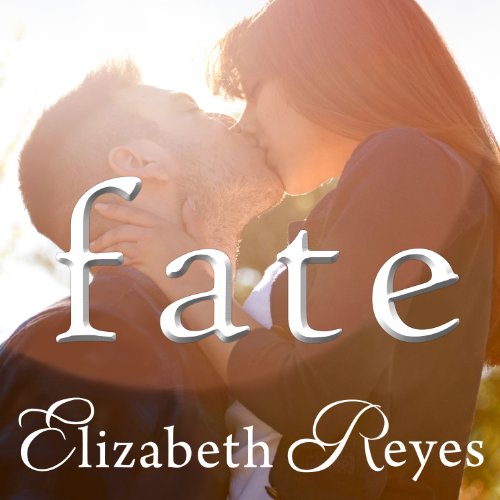 When Rose tagged along with her big sister to a baby shower, the last thing she expected was to meet a guy. But this wasn't just any guy. This was the exciting, sexy as sin, way out-of-her-league black sheep of his family - Vincent Moreno. Even more surprising, this heart-stopping bad boy seemed interested in her. Fate always had a way of interfering in Vince's best-laid plans. His forced attendance to his annoyingly perfect cousin's baby shower was no different.

He was sure to be bored out of his skull, but instead, he met sweet little Rosie Zendejas. What begins as a unlikely friendship between two very different people turns into one of the most intense and passionate relationships that neither ever saw coming. But Fate steps in once again for Vince, threatening to take away the one thing he can't seem to even breathe without now - Rose.

What listeners say about Fate

Would you listen to Fate again? Why?

Yes - I love listening to happily ever after stories

Vince & Lorenzo - the bonding of two brothers love for one another.

Which character – as performed by Coleen Marlo – was your favorite?

Love listening to Coleen stories she does an amazing job.

Yes, they should make a movie.

Some couples really are fated to be together

Rosie and Vince connect as young lovers. So many obstacles keep them apart. Can they find the happiness they search for later in life. Beautifully written with charming characters from the Merano Brothers series. I love the romance of Vincent and Rosie. Their love was so pure but outside obstacles and bad decisions caused problems. I listened to the audible and feel the narrator enhanced the story. Well done by author and narrator.

I first read the kindle version and loved the story. So when I saw the audio I immediately got it...... didn't care for the reader.....her performance just didn't fit the book for me. But if you like this performer then I recommend this book if not then definitely get the kindle version.

What would have made Fate better?

If it was based on an adult love story and not childish teenagers. A better narrator would help too. Her character voices were terrible.

Has Fate put you off other books in this genre?

Who might you have cast as narrator instead of Coleen Marlo?

If you could play editor, what scene or scenes would you have cut from Fate?

Many of them. It was very repetitive.