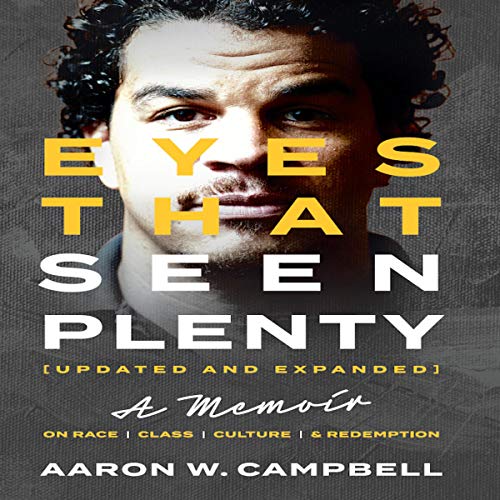 “Autobiography or memoir seems to fall short of describing what occurs in these pages. Part testimony, part sociological and historical window into an under-documented time, Campbell presents a powerfully vulnerable and truthful story of a young man's journey from 1980s Black urban living, through a prestigious prep school, a summer job working in New York's Port Authority Station during the height of the crack epidemic, all the way to an Ivy League campus, and a fruitful, life-changing career in ministry." (Rev. Charles L. Howard, PhD)

Aaron Campbell is the founder and lead pastor of Antioch Christian Fellowship (ACF) located in the heart of Philadelphia. ACF is said to be one of the most ethnically diverse churches in the region. Their massive events and outreaches - including free citywide carnivals, fish fry, clothing drives, academic forums and lectures, and more - have gained them regional recognition from colleges, to housing projects, to corporate spaces and city hall.

Aaron has also done extensive work on Native American reservations, from the Canadian bush to the Alaskan bush to the lower 48. For his ongoing pioneering work, he was invited to speak on the plight of Native American poverty at the United Nations in New York City, where he also spent considerable personal time with the UN global leader of indigenous issues.

Aaron is the founder and current CEO of Urban Dream Chasers, Inc., a 501 (c)(3) dedicated to holistically serving at-risk Philadelphia youth from the most dangerous sections of the city. Aaron is also a chaplain president for the Philadel­phia Police Department and works extensively to bridge the gaps between police officers and local Philly civilians. He also served as a chaplain with the Billy Graham Rapid Response Team and traveled to some of the worst, hard-hit places as a first responder in both the US and abroad.

What listeners say about Eyes That Seen Plenty (Updated and Expanded)

Thought provoking. Vulnerability at its best. A true testimony of God's pursuit of his beloved creation. Very emotional and a book for the times.

I couldn’t wait to get in my car each day, which is where I listen to most of my audiobooks! From childhood to adulthood we face “enemies”, facade adorned interacting with them internally and externally until we can no longer lie to them or to ourselves any longer. We are not a sum of all that we’ve been through but we are shaped by Grace hopefully to our fullness. Excellent read/listen...would love to see on big screen!