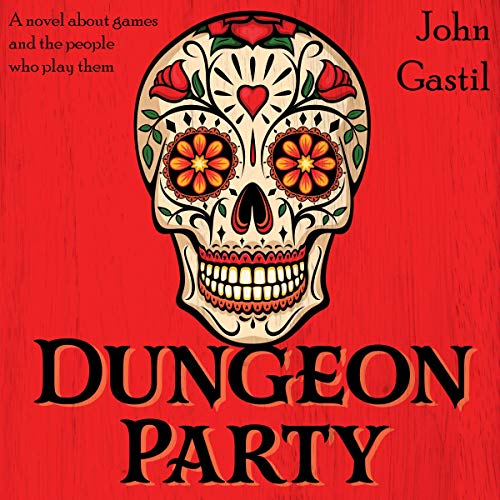 By: John Webster Gastil
Narrated by: Victor Bevine
Try for $0.00

Dungeon Party links a fantasy world and the people playing in it. When longstanding personality conflicts erupt, the volatile Randall Keller secedes from Alan Crandall's gaming group. In pursuit of a coveted prize at an upcoming convention, Alan replaces Randall with two female recruits who reinvigorate the campaign. Randall chooses a darker path by spreading infectious cynicism through the gaming community while plotting his revenge. When the Middle Mirth convention gets underway, Alan's group must stop Randall and his avatar before they devastate worlds both fictional and real.

What listeners say about Dungeon Party

A Great Take on Role Playing

I love the author's ability to tell the story through both the character's lives and the game personas they control. I'm an old-school gamer and I see a lot in this tale that I recognize blended in with the author's incredible imagination. I encourage anyone interested in role playing games (old or new) to give this a read. You've never read anything like it.

Great story with characters you loved to read about. If you have ever played D&D before you will enjoy this!