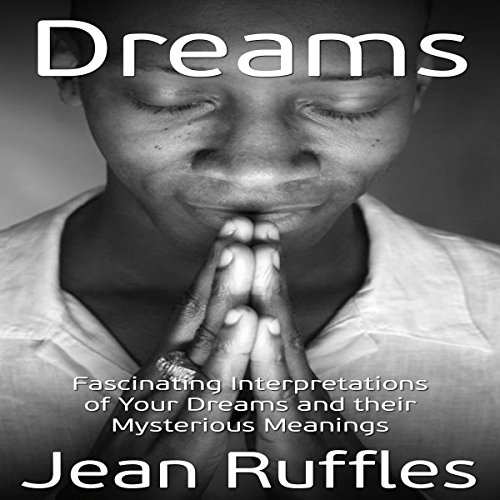 By: Jean Ruffles
Narrated by: Leesha Saunders
Try for $0.00

There are many beliefs on what dreams actually are, but dreams occur when we are unconscious and deep in sleep. A man named Sigmund Freud believed that they were windows into our unconscious. Dreams are images that our mind conjures while we are asleep, and they can include the five senses. You may still hear sounds, voices, have thoughts, and experience sensations while you're sleeping even though your physical body is laying there asleep. Often, a dream will have people you know in them, and you'll often see places that you've been. However, sometimes the mundane doesn't cut it and we'll dream of fantastical things, but we're pulling it from somewhere.

What listeners say about Dreams