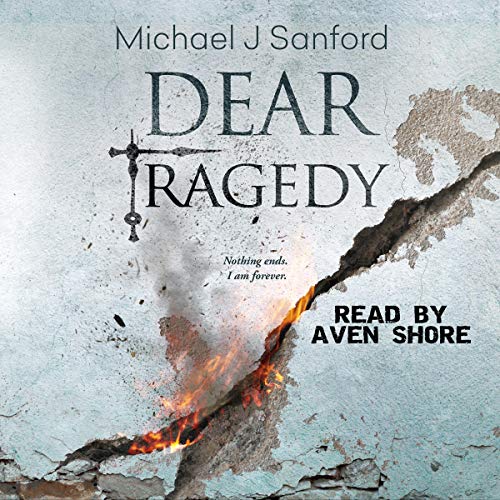 By: Michael J. Sanford
Narrated by: Aven Shore
Try for $0.00

Book two in the House of Sand series

What has become known as “The House of Sand Killings” ended Detective Jake Anderson’s career with a psychotic break. Now, four years later, it continues to haunt him, as a familiar face embarks on a murder spree unlike any other, with Jake and his family in the crosshairs.

With supernatural abilities that defy explanation, the killer weaves a tapestry of violence across multiple cities, taunting Jake at every turn and leaving him desperate to catch up. What’s happening shouldn’t be possible. What Jake has seen can’t be real. But his obsession won’t let him quit.

For Jake, it’s personal. For the killer, it’s destiny.

What listeners say about Dear Tragedy: A Dark Supernatural Thriller

Not world Breaking, but great nonetheless

This is the first time I’ve read any of Michael J. Sanford’s work, an while its not ground breaking, I found the audio Version to be pretty good. Its not on the edge of your seat stuff, but the story has some good twists an turns to keep the listener intrigued. Aven Shore did a great job, an was a great choisce of narraters. Many thanks to Michael J. Sanford, Aven Shore, an everybody who made this audio book possible