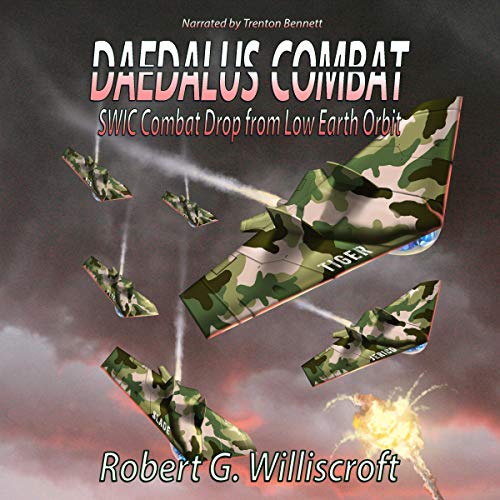 By: Robert G. Williscroft
Narrated by: Trenton Bennett
Try for $0.00

A U.S. senator - likely next president - has been seized by pirates and held for 100 million dollars ransom. Derek “Tiger” Baily and his SEAL Winged Insertion Command (SWIC) get the call: A rescue operation with soldiers zooming in from the sky, the six-man squad’s first real combat operation. Hurtling around the world in the new Gryphon-10 MK Four hardshell wingsuit, Tiger and his team must literally improvise on the fly when everything goes wrong and they have everything to lose. Go into battle with Tiger and the SWIC on a mission of life or death in Robert G. Williscroft’s fourth and final installment following Daedalus, Daedalus LEO, and Daedalus Squad.