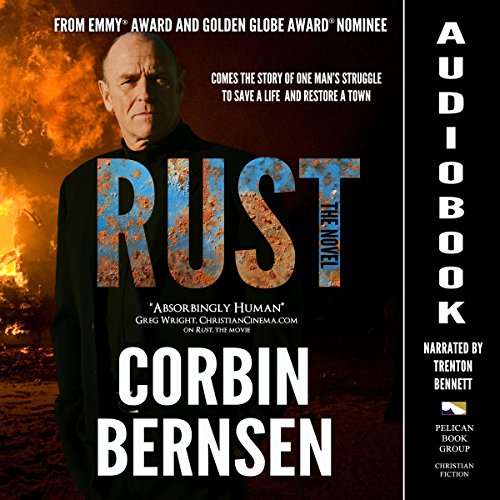 By: Corbin Bernsen
Narrated by: Trenton Bennett
Try for $0.00

This is an absorbing fiction adaptation of Corbin Bernsen’s film Rust, which featured him in the starring role and director and is currently available for purchase and streaming online at Netflix and other online sites.

In the midst of a crisis of faith, a man finds hope where he least expects it - his hometown.

James Moore is a former pastor who returns home to discover his childhood friend is implicated in the arson of a farmhouse and the murder of an entire family. Convinced of his friend's innocence, James sets out to find the truth. In the process he reclaims a relationship with his father, restores hope to a floundering congregation, and rediscovers his own lost faith. Rust is an uplifting tale about faith, family, and the powerful ties that bind a community.

What listeners say about Rust: The Novel