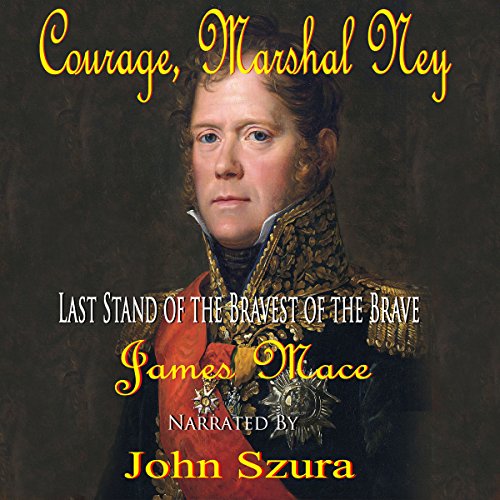 In June of 1815, Napoleon Bonaparte's attempts at reclaiming the French Empire are destroyed on the field of Waterloo. With the Bourbon monarchy restored to the throne of France, King Louis XVIII seeks his revenge against many of Napoleon's former generals. While many are sent into exile, the fanatical royalists demand that one in particular pay with his life. That man is Michel Ney, Marshal of France; called by both friend an enemy as "The Bravest of the Brave".

In December, he is tried by the Chamber of Peers, convicted and sentenced to death in direct violation of the Treaty of Paris that formally ended the war the month prior. This outrages both Ney's former soldiers, as well as his old enemy, the British Duke of Wellington. In a strange twist of fate, Ney finds the unlikeliest of allies in Wellington, his former arch nemesis. Just prior to being taken away to be shot by firing squad in the early hours before dawn on 7 December 1815, the Duke cryptically tells him, "Death is just the beginning". Three years later, a quiet and mysterious stranger arrives in South Carolina to take up position as headmaster of the local school. Though he is soon deeply respected by both students and the greater community, he is an extremely private person who divulges almost nothing about himself. A series of intriguing events in the coming years will only add to the mystery surrounding the enigmatic schoolteacher, who is clearly more than he appears.

I really enjoyed this story. It is written very well and the change in narration (for different characters) is pretty cool. I would definitely recommend this book to anyone whether or not they know anything about Marshal Ney and/or this time period.

• It's a good book for anyone regardless of their background.