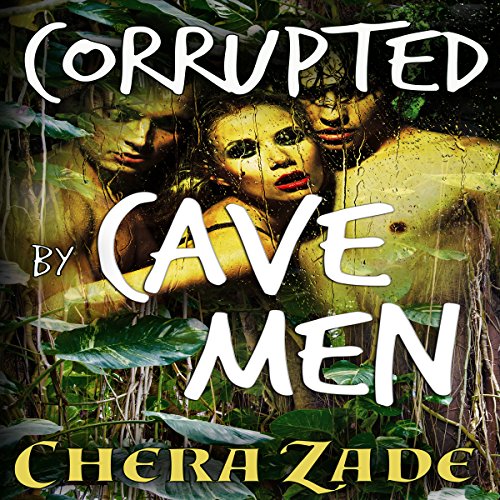 Naughty Ansird the Young Inexperienced Cavewoman was made to wait until her 18th birthday before the Clan Leader would let her experience "the sex" or let her even look for a mate. She never dreamed she'd get four hot renegade cavemen for her very first go!

What listeners say about Corrupted by Cavemen

A group sex story with a sweet ending.

This book is just over an hour long and the first 30+ minutes is story and set up for the sexytimes that occur in the second half of the book. The entire story is told from Ansird's point of view so we get to experience her frustration at waiting so long for a mate, her anticipation of the Mating Rite once her dad, the Clan Chief, finds her suitable mates, and then her pleasure at the experience.

The set up was interesting as the author built in this back story for the clan: why they had to move around the area through the past several years, how they had lost several scouts and hunters in recent years, and why it was important to find new people to join their clan. I also liked that Ansird had taken part in the hunts and had her own spear.

Eventually we get to the sexytimes, which is why we're all reading this, right? The clan has found 4 new men to join the clan. The Clan Chief offers them his only daughter for the Mating Rite and also citizenship in the clan if his daughter is pregnant and happy when he returns for her in 1 month. Wolfgarb, Borak, Larsity, and Gorgruk are quite happy with the arrangement.

One of the men whisks a willing Ansird away for her first experience as he hopes to father her child. Whoever the babe most resembles will become the next Clan Chief. However, the other three soon chase him off and then we just have 3 men and Ansird enjoying each other all at the same time.

I was hoping for a bit more description at this point. While Ansird's pleasure at the experience is plain, I think the author could have done a bit more. After all, she was great at coming up with the lengthy backstory at the beginning of the book. Also the author came up with some silly terms like 'man spear' and 'fook' that I thought was unnecessary considering the subject matter of the book.

The ending was sweet with a very happy mother Ansird. Over all, I would have liked either a longer story in general (since the author is good at writing this backstory for the clan and giving Ansird some personality) or a shorter story that just focused on the sexytimes. Still, it was a fun read.

The Narration: Yvonne Syn was great for this book. She had the perfect voice for Ansird and got her various emotions (frustration, anticipation, enjoyment) across to the listener. She never stumbled over the intimate scenes or some of the language used. She had distinct voices for each of the men.