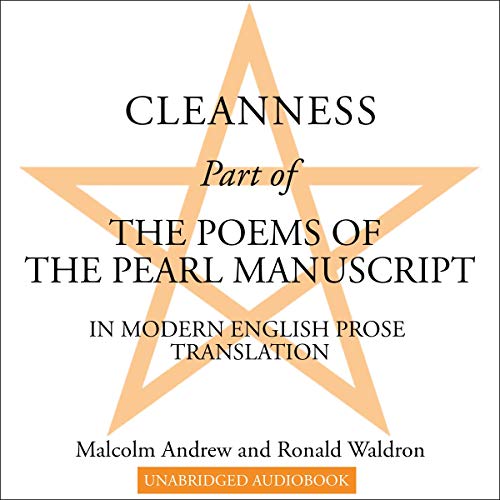 Cleanness is the second of the four poems of the Pearl manuscript, a 14th century work contemporaneous with Chaucer, Langland and Gower. Cleanness tells several stories, all related by theme “ the disastrous consequences of uncleanness, and the good fortune to be had by being clean. The poet carefully constructs a complex accumulation of stories and examples, whose main source is the Old Testament. The three major stories are the Flood, then Sodom and Gomorrah, followed by Belshazzar's Feast.

All examples encourage the listener to pursue cleanness (both purity in a moral sense and in a practical sense hygiene and etiquette) through a negative exemplum, which describes the evil conduct of the unclean and the punishment they suffer. God appears periodically as lord of a court, or prince - a humanized God who explains his motives and expresses his feelings; this contrasts with the graphic accounts of divine retribution as a consequence of his overwhelming wrath at man's failings.

What listeners say about Cleanness